Natalie Portman Lays Down A Truth Bomb About Female Characters 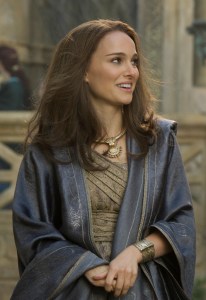 “I want [female characters] to be allowed to be weak and strong and happy and sad – human, basically. The fallacy in Hollywood is that if you’re making a ‘feminist’ story, the woman kicks ass and wins. That’s not feminist, that’s macho. A movie about a weak, vulnerable woman can be feminist if it shows a real person that we can empathize with.” —Natalie Portman makes a spot-on observation in Elle magazine about a hurdle female characters often face—namely, that if you’re not an ass-kicking, fearless warrior princess then you get some of your feminist points taken away.

Previously in the women of Marvel know what’s up