Children of the night -- what sick beats they make! 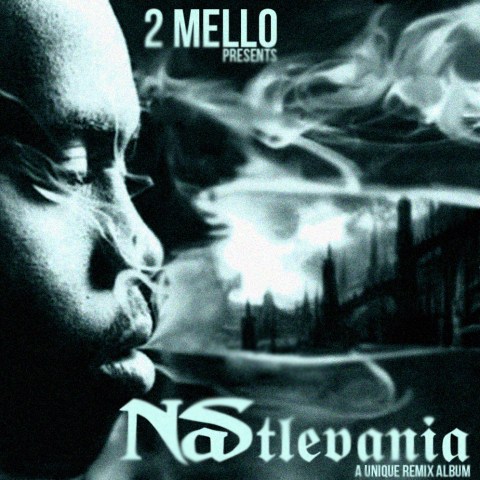 Can we agree that music mashups are the best? You know, when they’re done right  — and I think we can all agree that 2 Mello, the guy who brought you that mashup of Jay-Z and Chrono Trigger back in March, is definitely doing if right. Now he’s at it again, this time combining Nas and the Castlevania series to bring you… well, Nastlevania. You should give it a listen for that pun alone.

According to the note that accompanies the download, 2 Mello has decided to go a different route with this album and created a cohesive fantastical narrative that pits Nas against the Prince of Darkness himself. And he even references his previous album,  Chrono Jigga:

Nas is a Belmont by blood. He has been summoned in the modern-day to defeat Dracula, who has decided he wants to rap and is using the more mindless rap consumers to feed him with their souls in his return to power. Nas must defeat this king of mediocrity and bring back good music to those who have lost their souls to evil. Along the way, Nas will face his old enemy, Millennial Jay-Z. Jay has come from the past (when they had a beef) in the Epoch from Chrono Trigger (I’m sure you remember that) to battle Nas along with Dracula. Ride along to the beat and cheer for Nas as he battles the Dark Lord and brings light and good music back to the world!

While I love the Chrono Trigger music deeply, I’ll admit that the gothic Castlevania aesthetic is a much more interesting conceit for a rap album. Seriously, why isn’t there more vamp rap? Let’s get on that.

The whole album is free to download from 2 Mello‘s website. If you have to pick only a few tracks to give a listen, though, then I definitely recommend “Made You Wicked” below, and “One Night,” which samples “Moonlight Nocturne” from Symphony of the Night.

2 Mello has also announced that he plans to make this story into a trilogy with one final mashup album. Apparently he was really digging the EVO stream of Smash Bros. last weekend, so let’s cross our fingers that we get something like that. I would pay actual money for a song about the Wii Fit trainer kickin’ ass.