Great. How many do I need to get to Mars myself? 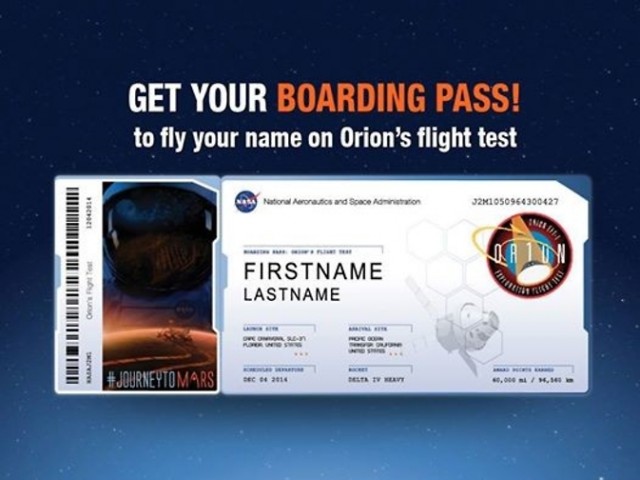 NASA wants your name to be written in the stars! Or at the very least, they want to put it on a microchip and shoot it into space for science, which actually sounds a lot more useful.

They’re gearing up for the test flight of the Orion spacecraft that’s built to take human beings into deep space locations, including Mars. The launch is planned for December 4, and you could be onboard—in name only. But your name’s journey doesn’t stop after Orion tests its systems in a quick double orbit around Earth and makes a safe reentry this winter; after your name is placed on the chip aboard Orion, it will travel with the spacecraft on future missions.

Mark Geyer, Orion Program manager, said in NASA’s announcement, “NASA is pushing the boundaries of exploration and working hard to send people to Mars in the future. When we set foot on the Red Planet, we’ll be exploring for all of humanity. Flying these names will enable people to be part of our journey.”

All you have to do to set up your own “boarding pass” is fill out a short form on NASA’s Mars site before October 31, 2014. Then, it’ll give you this fun widget that shows what a huge, proud nerd you are as well as the miles you’ve traveled in the bottom right: