If you can't get along, we'll turn this spaceship right around and go home! 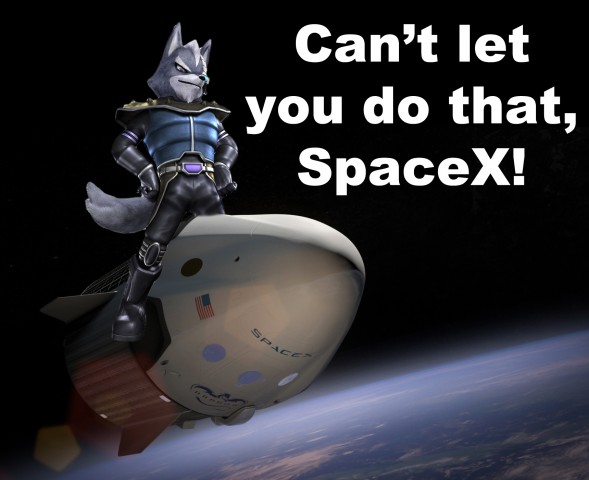 We were excited when NASA announced that it would bring human spaceflight back to the United States with a partner program for commercial companies Boeing and SpaceX, but not everyone has been equally thrilled. Spaceflight company Sierra Nevada was passed over for NASA contracts in favor of the other two companies, and now they’re contesting the decision through the U.S. Government Accountability Office.

NASA spokesperson Stephanie Schierholz told Spaceflight Now that the legal challenge has caused work under the contracts to halt completely. She told them, “Pursuant to the GAO protest, NASA has instructed Boeing and SpaceX to stop performance of the CCtCap contract.”

So far what Sierra Nevada has asked for, as explained in a statement from the company, is simply a detailed explanation of each company’s proposals, how they were reviewed, and why Boeing and SpaceX were the best choices. That’s not unreasonable, considering that they say their shuttle-like Dream Chaser would save the government $900 million over Boeing for comparable use.

They don’t want anyone to think they’re given to launching unwarranted complaints, either, saying:

In its 51 year history SNC has never filed a legal challenge to a government contract award. However, in the case of the CCtCap award, NASA’s own Source Selection Statement and debrief indicate that there are serious questions and inconsistencies in the source selection process. SNC, therefore, feels that there is no alternative but to institute a legal challenge.

The GAO has until January 5 to make a decision on whether NASA has some explaining to do, but hopefully one will be reached more quickly so we can get the commercial partner program back on track—no matter who the partners are. In the meantime, it’s possible that Boeing and SpaceX will keep working on their technology with private funds, because neither is exactly lacking in the means to do so. Hopefully, this will just be a small bump in the road. Well, where we’re going, we don’t need roads, but you get the idea.

(via Universe Today, image via SpaceX, Nintendo, our own edits)