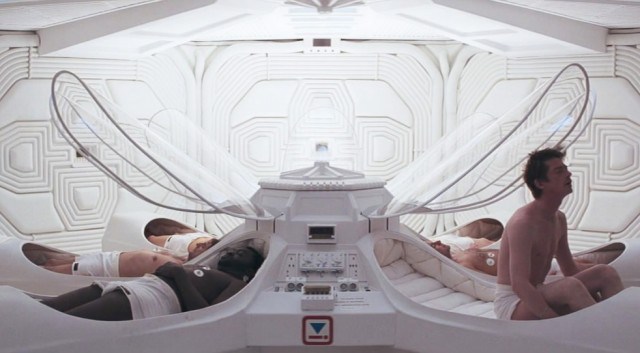 Depending on its position in orbit, it takes a long time to get to Mars from Earth, so NASA is seriously considering a method of putting astronauts in stasis to make the missions easier and hopefully avoid any warning beacons about dangerous xenomorphs.

A NASA-funded study by SpaceWorks into using existing medical technology to put astronauts into a prolonged sleep—called “torpor”—in space showed that the high-tech power naps would effectively reduce deep space missions’ overhead. Not only would the crew need significantly less food and water for an estimates 180-day Mars trip, but the ship would need less space and fewer fancy astronaut amenities, which could result in a weight reduction of almost half, from about 400 tons to 220 tons.

The technology is already used in hospitals to put high-risk patients into hibernating states while they wait for treatment, but aerospace engineer Mark Schaffer told Discovery News, “We haven’t had the need to keep someone in [therapeutic torpor] for longer than seven days. For human Mars missions, we need to push that to 90 days, 180 days. Those are the types of mission flight times we’re talking about.” It will take further testing to ensure that the system is safe for long periods of time. One option is to have crewmembers hibernate in shorter, approximately 14-day shifts, leaving one person awake to monitor the spacecraft.

They method they’ll use involves the process of inhaling coolant for six hours, which lowers body temperature by about 1 degree per hour until the body is cold enough to hibernate. The “RhinoChill” system they’re planning to use is so named because it delivers the coolant through the nose, which sounds marginally more comfortable than having your life support delivered via facehugger.

The option is always open, NASA.

The sleeping astronauts will be awakened simply by coming back up to normal temperature or by heating pads in case of emergency. So far, there doesn’t appear to be any reason we won’t soon see NASA use this technique in real life. “We have not seen any show-stoppers on the medical side or on the engineering side,” Schaffer said.