Unsurprisingly, it is not alien life. The good news is it's not an alien death ray, so we broke even. 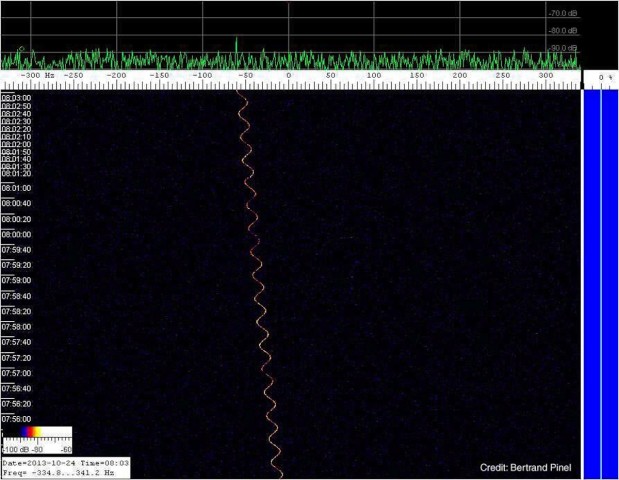 NASA’s Juno mission has finally revealed what the “mystery space squiggle” they teased last week is. It’s actually an image of what the Juno satellite’s communications signal looks like from Earth. If you don’t find it impressive, keep in mind that the satellite is now 8 million miles away, and the shape of this signal will teach us about Jupiter.

The squiggle’s wavy shape is not just what signals look like —  in fact, it’s caused by the rotation of the satellite. Even the slight slant of the signal is important to science, as it’s caused by the doppler shift effect of the satellite traveling away from the Earth. Eventually, close study of this shift will allow scientists to create a map of Jupiter’s gravity field and help us learn about our solar system.

Bet you didn’t know we could do all of that with a mystery squiggle, huh?

(via NASA’s Juno Mission on Twitter and Southwest Research Institute)