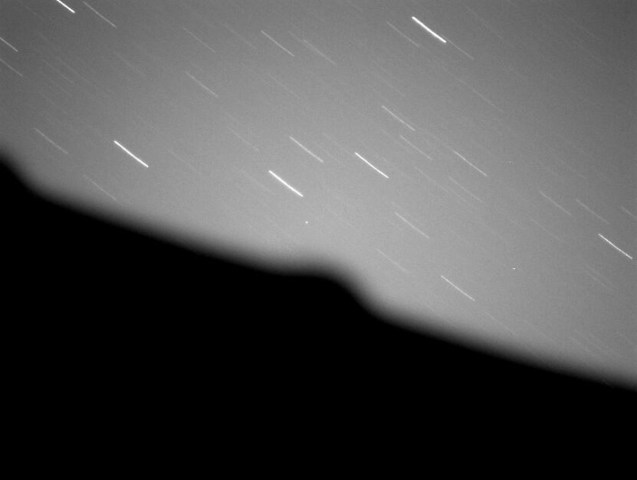 NASA’s Juno mission used the Earth’s gravity and orbit earlier this month to fling a solar powered satellite all the way out to Jupiter. While it’s out there, it should be able to teach us some pretty great things about the solar system, but its Earth flyby was pretty cool to see all by itself.

Today, NASA tweeted a photo of the satellite from the ground and a link to the Southwest Research Institute’s Juno media gallery with several more still shots and video of the satellite as it passed by the Earth. In the first video, pictured above, the camera tracks the satellite as it moves, which gives it a pretty good Star Wars style light speed effect as the stars seem to streak by.

There are other videos with a stationary camera where the satellite flies by like a UFO, which is also pretty great. Take a minute to check out the pictures and videos of the first solar powered satellite to explore the outer solar system.

They’ve got a countdown at the bottom of the gallery page for when the satellite will reach Jupiter and no doubt send us some awesome images of its own.

(via NASA, image via Greg Roberts)