There Will Be A Bake Sale To Benefit NASA This Weekend. Yes, Really. 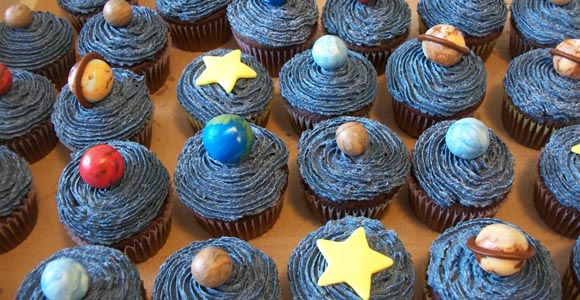 NASA, we knew things were tough but we had no idea it was this tough.  This Saturday, there will be a bake sale held to raise money for space programs. There may also be a car wash in the near future. Why has NASA resorted to the tactics of middle school PTA members? To make a point.

“Scientists are trading telescopes for aprons this week to sell Milky Way cupcakes, Saturn cake, and chocolate chip Opportunity cookies in an effort to salvage U.S. planetary science projects,” according to the report. But they aren’t hoping to make enough money with the sale of delectable treats to fund their research programs, they’re hoping to get the word out that they are in dire need for more money.

“The 2013 budget proposal submitted by the Obama administration earlier this year would cut funding for NASA‘s planetary science projects by about $300 million,” But the papers aren’t signed just yet so scientists are going to hold a series of demonstrations that include bakes sales and car washes while Congress is still working on the federal budget.

On Saturday, the “Planetary Exploration Car Wash and Bake Sale” will  be held by University of Central Florida students and professors but there will be at least 20 other demonstrations around the U.S.

SETI will also be getting in on the action. “The nation risks the loss of a generation of upcoming, talented engineers and researchers whose careers are centered on the exploration of our solar system in the quest for life beyond Earth,” said astronomer Jill Tarter, the outgoing director of the Center for SETI Research (Who you may remember recently assured us aliens do not want to eat us).

NASA still has ongoing planetary science missions but scientists worry that any future projects will be seriously hindered by the cuts.

“This is being done to attract media attention and to help focus Congress on repairing the damage of the deep cuts planned to NASA’s planetary science program,” said Alan Stern, the institute’s associate vice president for research and development. “It’s important these cuts be repaired to maintain U.S. leadership in this area of science, to prevent mission cuts, and to prevent student and research job losses.”

(via LiveScience, image via Carrie’s Confections)