NASA To The World: Don’t Tread On Our Parts Of The Moon 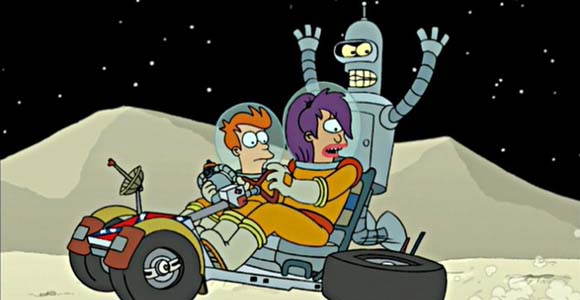 Science-fiction has long held onto the notion that colonization of Earth’s Moon was inevitable. Turns out they were probably right but before you strap on your personalized rocket to set up your new vacation getaway, the National Aeronautics and Space Administration would like a word with you.

Now that private space flights (like the one that put the ashes of Star Trek’s Scotty in orbit) are going to start happening more frequently, NASA, and I’m assuming others, are having minor freak outs about what kind of rules should govern space travel. Particularly trips to the Moon.

So they decided to put out a press release giving a few suggested guidelines in order to protect historical sites on the surface of the Moon.

“The Google Lunar X Prize is recognizing guidelines established by NASA to protect lunar historic sites and preserve ongoing and future science on the moon. The foundation will take the guidelines into account as it judges mobility plans submitted by 26 teams vying to be the first privately-funded entity to visit the moon,” they wrote. “NASA recognizes that many spacefaring nations and commercial entities are on the verge of landing spacecraft on the moon.”

One such nation is Russia, who recently announced plans to build a permanent base on the lunar surface. “We’re not talking about repeating what mankind achieved 40 years ago,” said Vladimir Popovkin, head of Russian space agency Roscosmos. “We’re talking about establishing permanent bases.”

The statement was made at the Global Space Exploration Conference in Washington, D.C. in which NASA representatives did not attend because they were witnessing the private launch by SpaceX to the International Space Station.

To be clear, the U.S. doesn’t seem to have any interest in colonizing the Moon at this time, they just don’t want anyone touching what they’ve already touched.

They write, “The guidelines do not represent mandatory U.S. or international requirements. NASA provided them to help lunar mission planners preserve and protect historic lunar artifacts and potential science opportunities for future missions.”

What do you think about NASA’s suggestions? Do we need to preserve historic lunar landmarks or should we pave way for those who want to actually use the area? If you’re interested, you can read their full guidelines in this PDF.