NASA Wants YOU to Help Detect Asteroids | The Mary Sue

NASA Wants YOU to Help Detect Asteroids, and They’re Willing to Pay

Do the Math. Save the world. 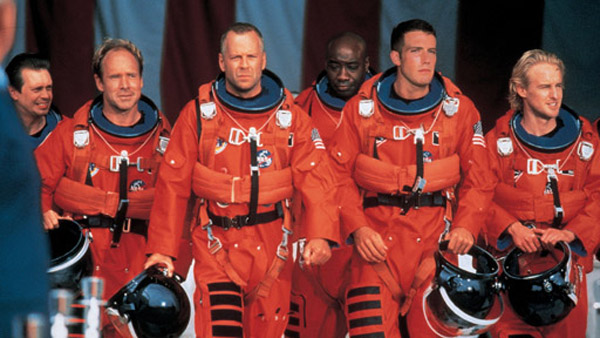 Grab your no. 2 pencils and Texas Instruments! NASA announced today that they will be awarding $35,000 in prizes between now and August to civilians who develop asteroid-detecting algorithms. NASA, I’m flattered that you would ask, but honestly I’d prefer if you had this whole “preventing planetary extinction” thing down already.

The press release coincides with NASA’s SXSW panel today, “Are We Smarter Than The Dinosaurs?”, in which contest representatives will be discussing the Asteroid Grand Challenge and NASA’s program to increase detection capabilities and eliminate threats. The panel will also introduce the Asteroid Data Hunter Contest in hopes that civilian engagement can increase the interest and innovation focused on global problems, i.e. preventing us all from getting smooshed to hell by space junk.

NASA’s statement explains that the Data Hunter contest series needs participants to develop improved algorithms for detecting asteroids using ground telescopes and states that winning algorithms must “increase the detection sensitivity, minimize the number of false positives, ignore imperfections in the data, and run effectively on all computer systems.”

Says Jenn Gustetic, Prizes and Challenges Program Executive and co-presenter at SXSW, “Protecting the planet from the threat of asteroid impact means first knowing where they are. By opening up the search for asteroids, we are harnessing the potential of innovators and makers and citizen scientists everywhere to help solve this global challenge.”

So basically, every time I ever said math wouldn’t be useful after high school, I was an idiot on the brink of extinction.

The contest won’t be open until March 17th, but if you’re a Goodwill Hunting-type undiscovered genius eager to flex your Math skillz, you can go ahead and register here.

For my part, I got out of the algorithm game a while ago, but I could be convinced to come out of retirement for one last big asteroid haul. Space Detective Cox: Asteroid Hunter has a lovely ring to it.

(via NASA, image via Armaggeddon)