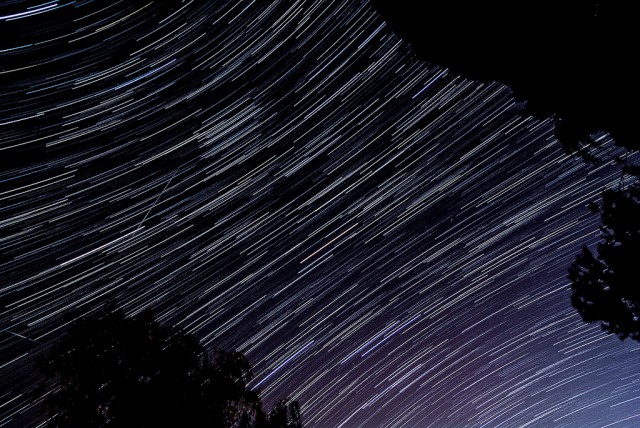 Okay everybody, don’t freak out or anything, but there’s a “potentially hazardous” asteroid that’s coming kiiiiiinda close to the Earth. Oh, and also? Scientists now think we’re about ten times more likely to get hit by foreign space objects than we originally thought. But hey, at least you have the weekend to finish House of Cards, right?

According to some number crunching by Peter Brown of the University of Western Ontario, who analyzed about 20 years’ worth of data on meteor airbursts (including the recent meteor strike on Russia), meteor collisions are a lot more common than anticipated by previous calculations. Now, we’re not talking a wipe-out-the-dinosaurs level catastrophe or anything — such an event could only possibly occur every 100 million years. But smaller, yet still destructive collisions might be taking place about every 36 years or so, according to the graph over at Popular Mechanics.

Which is bad news to be hearing at this exact point  because a near-Earth asteroid (NEA) called 2000 EM26, which has an an estimated diameter of three football fields (or 270 meters, for you metric types),  is currently speeding towards Earth at a rate of 27,000 mph. Wheeeee.

Fortunately for us, the robotic telescopic service Slooh will cover the meteor from the Canary Islands on the below livestream as it makes its closest descent toward Earth’s atmosphere on Monday night. The live broadcast will be lead by astronomer Bob Berman, Slooh technical director Paul Cox, and Dr. Mark Boslough, who will be answering questions from Twitter using the hashtag #asteroid.

So check back here on the 17th around 9pm EST to hear more about the meteor. You know, provided it hasn’t hit us earlier than expected and doomed us all to a fiery death.

(via Popular Mechanics and Phys.org, image via Bill Gracey)