"Sorry about that time we sent you into space in a death trap." - NASA, basically. 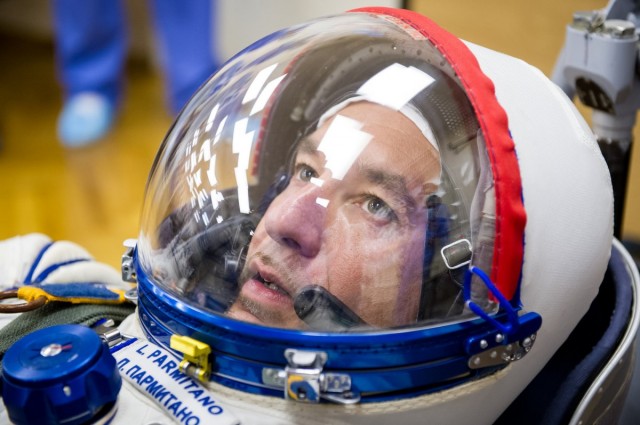 We were all pretty horrified to hear that Italian astronaut Luca Parmitano almost drowned in his space suit on a spacewalk outside the ISS in July, but details are just now emerging that the leak was discovered a week earlier. At the time, it appeared that the leak wasn’t a threat, so they let him use the suit again, which didn’t go so great.

How did it happen? Luckily, Parmitano made it back aboard the ISS safely, but he spent what was likely a harrowing 22 minutes outside of the station after he reported that the suit was leaking. That’s because when the leak was discovered the previous week, only a small amount of water was discovered in Parmitano’s helmet, so it was assumed that his drinking reservoir had been inadvertently pinched and that the suit was fine.

And you know what happens when you assume… Right. Someone almost drowns in freaking space.

That assumption is also what led to Parmitano being left hanging for so long. According to Chris Hansen, the chair of the mishap investigation board, “There wasn’t an issue of anything being hidden or surprised. It was a lack of understanding about the severity of the event. It was believed a drink bag caused the leak.”

If there’s anything comforting about a report about a faulty spacesuit incident, it’s that at least Parmitano was the one wearing the suit both times, so it’s not like anyone knew something he didn’t. The ground crew at NASA was acting on the astronauts’ assumption that the drinking bag had caused the leak, and a new one was installed before the incident.

Still, I mean, I probably wouldn’t even be qualified to be janitor at NASA, but I feel pretty comfortable suggesting that maybe next time a space suit might be leaking, they shouldn’t send a guy into space in it until they’re real sure it’s fixed. It seems NASA agrees, because their spacewalks are still suspended as they make safety checks except under emergency circumstances.

(via The Verge, image via NASA HQ Photo)