3D printing stuff is fine, but 3D printing pizza is better. NASA knows that, and it's throwing money at the problem of there not being any 3D-printed pizza in the world. 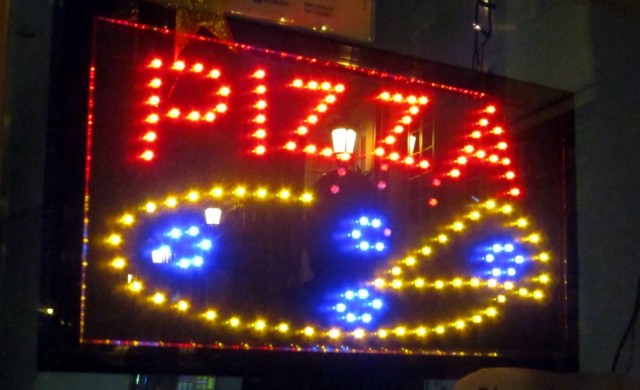 People are using 3D printing technology for all kinds of things — even guns! Anjan Contractor thinks 3D printing can solve the world’s hunger problem, and NASA is backing him with a $125,000 grant to build his food printer. Since 3D printing food requires that food to be built in layers, what better food to start with than pizza?

Contractor imagines a world where every home has a food printer loaded with shelf-stable powders and oils used to build food. NASA just wants to solve the problem of keeping food from spoiling on extended space missions like a manned mission to Mars. If the end result is 3D-printed space-pizza, then I think we all win in the end.

A prototype of Contractor’s design was seen 3D printing chocolate back in November:

The proposed system would use powdered versions of basic elements of foods. They would be combined with other powdered food elements, water, and oils and extruded through a nozzle. In the case of the pizza, the machine would first print the dough, which would cook while being printed. It would then add some version of tomato sauce and a “protein layer.”

We’re willing to bet the first batch of 3D-printed space-pizzas won’t hold up when compared to some of our favorite pizza places here in New York, but since none of those are 3D-printed or can be prepared in space, we think Contractor’s pizza still might have the edge.

Now how soon before we get the food hydrator from Back to the Future II? Also hoverboards. I want to skate around on a hoverboard and eat 3D-printed space-pizza.

(via Quartz, image via Dario Alvarez)