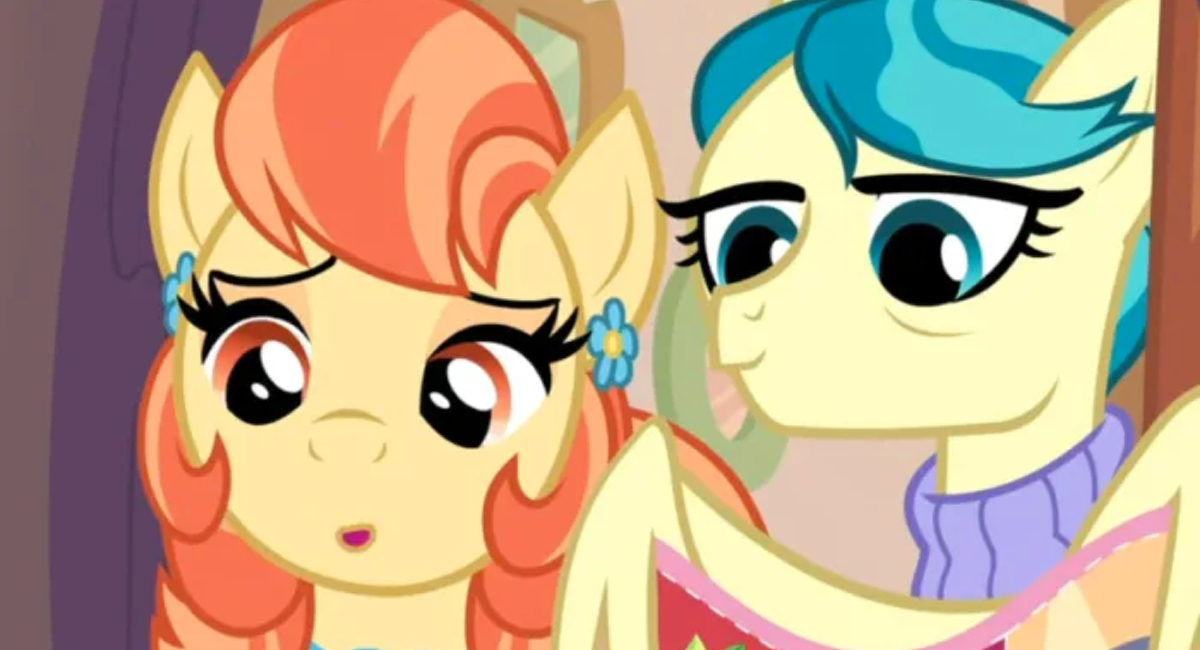 Representation in children’s animation is incredibly important, and we’ve slowly seen more and more kids shows embrace LGBT+ characters. Recently, Arthur made headlines for featuring an episode in which Mr. Ratburn gets married to a man. In an upcoming episode of My Little Pony, the show will feature a lesbian couple: Auntie Lofty and Aunt Holiday will be revealed to be a couple.

“Diversity and representation are important for kids for so many reasons, and it’s my first priority on everything I work on,” said writer and producer Michael Vogel to Buzzfeed News. “My Little Pony has always been about friendship and accepting people (or ponies) that are different from you. So it just felt like something important to do.”

I think it’s fantastic that we can show that what truly defines a family is love — that, to me, is the core of My Little Pony,” added Nicole Dubuc, one of the showrunners.

The characters of Lofty and Holiday previously appeared in a tie-in book; their upcoming appearance in the show will be the first time they’ve been seen onscreen. And while it’s sure to draw in the ire of angry conservatives who are more offended at a happy lesbian couple than they are at the adult men in real life who sexualize the ponies, it’s still important that this representation is happening.

Children’s television really has been breaking ground in terms of LGBT+ representation in recent years. There’s The Legend of Korra and Korra and Asami ending up together. There’s Steven Universe. Voltron featured a gay protagonist, and the recent She-Ra reboot and Netflix original The Dragon Prince also both featured LGBT+ characters. Hulu even has an upcoming project called The Bravest Knight which will feature two dads raising a daughter together as the main characters.

Meanwhile, in major live-action franchises made today that kids watch, we get told that maybe a gay character will appear someday.

It is incredibly important to present queer characters as being just a regular part of life, and the rush of LGBT+ characters being shown in children’s media without needing a Very Special Episode to tell kids about homophobia does matter. By presenting queer characters as just a part of the show, rather than othering them, normalizes acceptance in the eyes of children. Representation really does matter.

I haven’t seen a single episode of My Little Pony, but I might just watch this one to smile and see how far TV has come. Hopefully, more shows—both ones aimed at children and ones aimed at adults—can follow this trend and introduce queer characters and represent the entire audience. That would certainly be a Pride Month miracle.