The mummified remains of “Princess” Ukok, as the scientists named her, was discovered nearly twenty years ago in the Altai mountain range in East-Central Asia. Kept for all that time in Novosibirsk, Russia, it was not until very recently that she’s been revealed to the rest of us. But among the general wonder and fascination that always comes with finding mummified and ancient bodies, Princess Ukok has another: She’s covered in remarkably preserved, completely badass tattoos.

People have been tattooing themselves and each other for almost as long as humanity has existed; it just seems embedded in human nature to adorn our bodies in one way or another, whether through cheap drugstore eyeshadow or ancient ritual inking.

Princess Ukok and her warriors are believed to be members of the Pazyryk nomads who existed as early as the 5th century BC when they were described by the Greek historian Herodotus.

Buried with Ukok, who died around the age of 25, were a meal of sheep and horse meat and six horses with bridles perhaps meant to escort her to the next world and most definitely evidence of her status in her tribe. From what knowledge has survived of Pazyryk culture, we know the tattoos were a from of identification, like a driver’s license, meant to make it easier to find your family members after death.

Elena Shumakova of the Institute of Archeology and Ethnography drew some beautiful reconstructions of the tattoos that cover the bodies of Princess Ukok and her warriors. 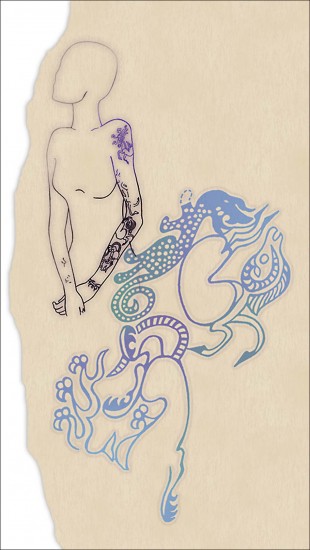 And the Princess herself, tattoos and braid and all. 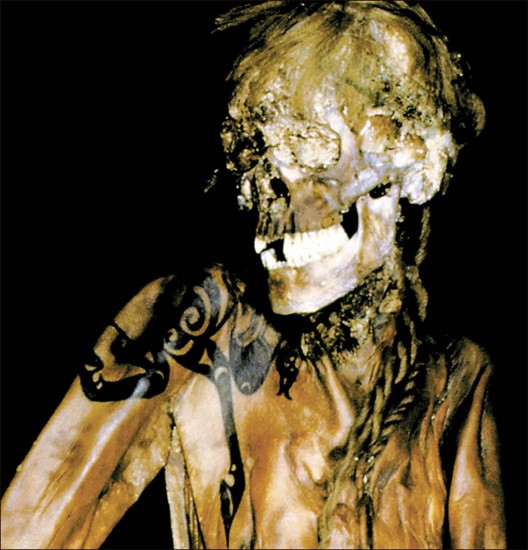 (Buzzfeed via I Heart Chaos)