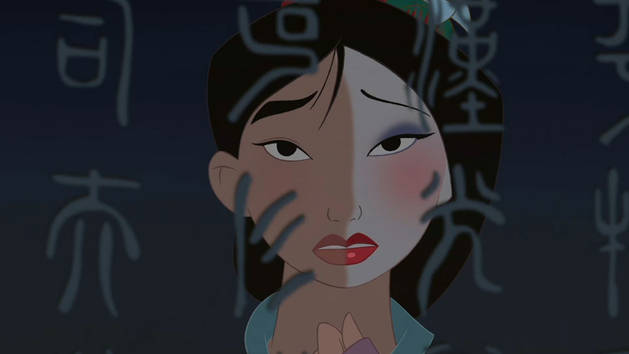 Hollywood doesn’t exactly have the best track record when it comes to casting actors of color for characters of color; though you’d think the days of “Italians playing Native Americans” had been left in the past, all you have to do is look at any anime adaptation, including the tragic Avatar: The Last Airbender, to see the problems we’re still having with diverse casting. And if we’re judging by Disney’s recent live-action films like Cinderella and Beauty and the Beast – where most of the characters are household objects – they don’t have the best track record for casting POC.

And not all the instances are as obvious as “Rooney Mara should not be playing Tiger Lily.” There have been arguments about whether or not it’s okay for Scarlett Johansson to play the cyborg-bodied Motoko Kusanagi in Ghost in the Shell. Just yesterday, half-Chinese Olivia Munn was cast as British-girl-in-a-Japanese-body, Psylocke, sparking discussions about white-passing Asian women, Hollywood’s insistence on ignoring different types of Asians, and whether or not you have to be “Asian enough” to play a certain role. These are all important conversations to have, though it’s important to note that there are still incredibly few roles for non-white-passing Asian women in Hollywood.

But the internet has come to a consensus on one thing: Mulan is Chinese. The plot focuses on China. The story is inherently Chinese. And a Chinese woman should be cast to play Mulan. End of story. A petition launched on Care2 called “Tell Disney You Don’t Want a Whitewashed Mulan!” currently has over 40,000 signatures, and the writer, Natalie Molnar, is vehement in her call for a Chinese actress to play Mulan:

Disney just announced it will develop a live-action Mulan film. Take a stand against whitewashing in our media. Sign this petition to tell Disney that we demand to see them cast an Asian Mulan!

Mulan was based on a Chinese legend, the story of Fa/Hua Mu Lan, in which a young girl disguises herself as a man to serve as a soldier in the battle against an invasion launched by the Huns. The character, story, and fans deserve the best retelling of the story Disney can produce, and although the film was only announced March 30th, this disturbing trend of whitewashing in big-budget movies can’t get a chance to take root in Mulan as well, and if any company can afford to ‘risk’ adapting a beloved story with a cast of POCs, it’s Disney.

The petition also reinforces that reasons like whitewashing in order to attach a “big name” to the film “has a direct, harmful impact on not only the movie itself, but [also] the audience, as well as POC members of the acting community.” It also reminds people that it’s important “for countless children around the world to see themselves in the stories they love and think that they, too, can make a difference,” which is why campaigns like #weneeddiversebooks are so important.

It would be amazing to see a cast of Chinese actors and actresses to fill out Mulan – how awesome would it be to see someone like Zhang Yuqi take the lead role? We can only encourage you all to continue speaking out against whitewashing in films, and hopefully studios will start to listen.

And, of course, there’s this:

Wow, so many tweets to @Disney announcement for a live-action #Mulan. Thank U4 wanting me 2B in the film! Tweet @DisneyPictures about it! xo