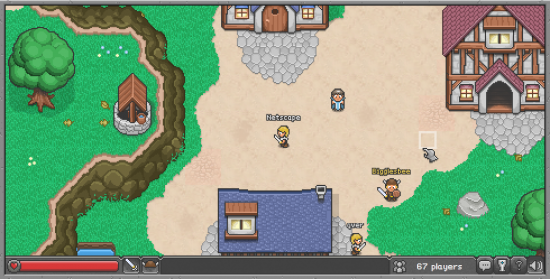 Following the trend of making neat things in order to demonstrate the power of HTML5 (and also convince people to move away from Flash in favor of it), Mozilla and Little Workshop have teamed up and created a free open source HTML5 mini-MMO that runs in one page, BrowserQuest.

The game is a tribute to the older generation of action-adventure games, similar to The Legend of Zelda, sporting the classic top-down and different static screens sewn together to make up the game world. The game has all of your basic MMO features, aside from leveling oddly enough, the most basic MMO feature. Players can explore the world by themselves and take on its dangerous inhabitants, or team up instead of going at it alone. 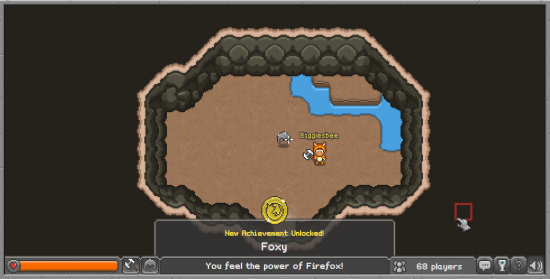 Yes, there are also achievements. Twenty of them, in fact, and revolve around exploration, equipment progression, and bloody monster murder. There’s also an end boss, which drops the best weapon and armor, and it works pretty similar to a raid in a standard MMO: Trash mobs pop, then the boss pops, then everyone maniacally hacks away at it until it is dead. 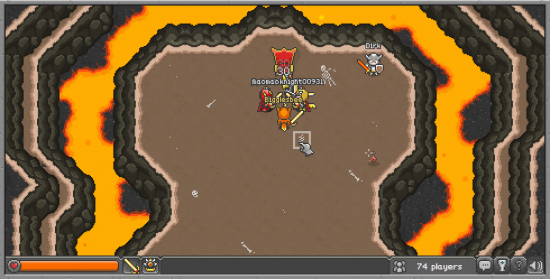 If you explore enough, you might find a few familiar memes. 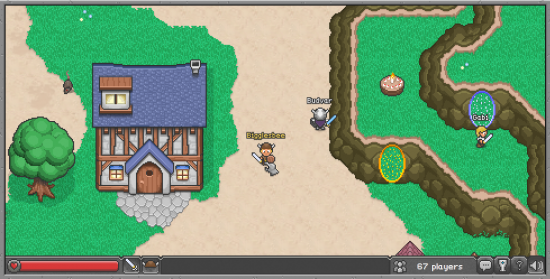 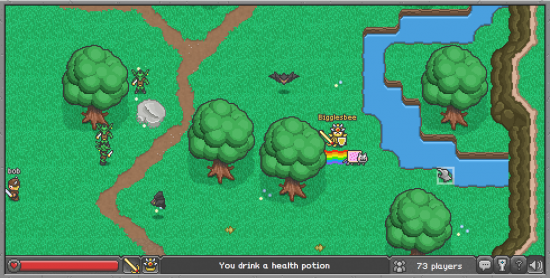 It doesn’t take very long to see everything, dispatch the final boss, and wrangle the equipment set away from the other players that helped dispatch the final boss along with you, maybe around half an hour. The game is very basic, but the point of this game isn’t to be a game, it’s to show off the capabilities of HTML5, and packing most of your standard MMO features into one page shows off the capabilities indeed. The fact that the game is basic doesn’t mean HTML5 can’t make a more complex one, because really, the current systems in place in BrowserQuest are a fine backbone, and the only thing holding the game back from being more intricate is that the developers stopped making the game at the point they did.

Because the game was written in HTML5 and JavaScript, not only can it be played in most browsers, but it can also be played in iOS, as well as Android devices running Firefox. Also, what do you know, the server code is available on GitHub.

HTML5 demonstrations always seem to be pretty neat, and hopefully we don’t get into Wii territory, where people just continue making demonstrations more than actual fully fleshed out products that live up to potential.