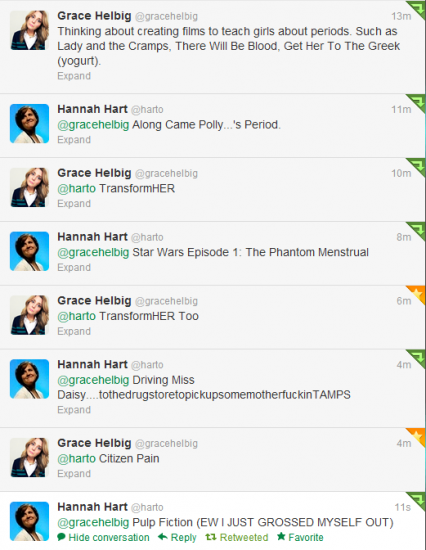 Comedians and internet video mavens Hannah Hart (My Drunk Kitchen) and Grace Helbig (Daily Grace) have rocked our worlds, and undoubtedly will continue to. You can see a few more here, including my favorite, educational public service film Lawrence, That’s A Labia.