Mothers Defend Sons Accused of Sexual Assault, But Dismiss the Victims in the Process 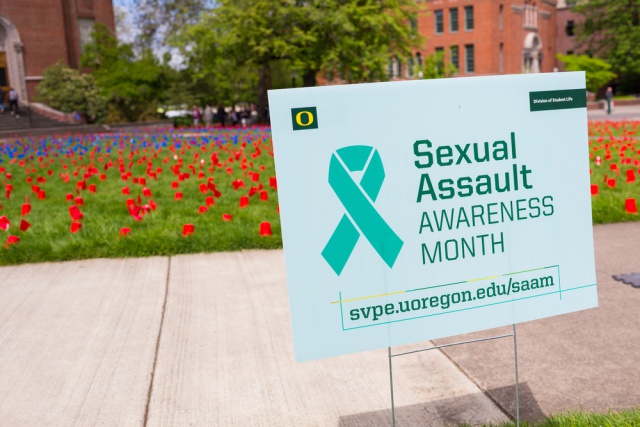 Sexual assault on campus has been a deeply controversial issue from do campuses have the jurisdiction or means to try these type of cases to how do we define campus rape/assault. When Betsy DeVos came in and undid the work of the Obama administration, which was attempting to make it easier of for schools to handle campus cases, there was a mixed reaction from both sides of the political aisle. Yesterday, another voice was put into the mix, the mothers of men who have been accused of sexual assault on campus.

The New York Times article was titled, “‘Willing to Do Everything,’ Mothers Defend Sons Accused of Sexual Assault” and focused on four mothers who meet up regularly to convalesce about their common burden: their sons were all accused of sexual assault. They are a part of a group called Families Advocating for Campus Equality, or FACE, which has lobbied to change the way campus rape has been handled under the Obama system.

It is an interesting article because the families of these young men are no doubt affected by the accusations and like we’ve covered before, it is hard to imagine that someone you love could do such a thing. However, what struck me most deeply about the article is how these mothers both seem to hand wave their sons actions and also wield a huge amount of political power to ensure that their sons escape punishment.

One of the mothers, Ms. Seefeld, especially used her connections as a teacher’s union leader to get the University of North Dakota to reverse her son’s three-year banishment after he was accused of nonconsensual sex. In her own words, “I was willing to do everything and anything.”

Many of the mother’s wanted to go only by their first names in order to protect their families from the stigma they known they face for being considered “victim blamers.” They see themselves as advocates for their sons in a campus atmosphere they view as a “witch hunt.”

There is an argument that can be made that school campuses are not well equipped as they are now to handle the issue of campus rape because they have their own motives. They don’t want the bad publicity and legally only have a few options to really handle the situations. There is also not always a lot of victim advocacy available for these young women (and men) who come forward.

But these mother’s language seems to imply that they simply want to protect their sons from everything, including their own actions. One passage, in particular, made the empathy I did have for them run very dry:

The mothers’ resolve comes from their raw maternal instinct to protect their children. But several who agreed to interviews also said they did not doubt that their sons’ accusers had felt hurt.

Their sons may not have been falsely accused, the mothers said, but they had been wrongly accused. They made a distinction.

One mother, Judith, said her son had been expelled after having sex with a student who said she had been too intoxicated to give consent.

“In my generation, what these girls are going through was never considered assault,” Judith said. “It was considered, ‘I was stupid and I got embarrassed.’”

Just because in your “generation” it was not considered assault doesn’t mean it wasn’t. It wasn’t until 1993 that marital rape was considered a crime in the entire United States and even there are loopholes there. Times change and the language around rape is growing and changing, as it should. Instead of being afraid of it and clinging to archaic ideas that it is okay for a man to get a woman drunk to sleep with her, teach your sons to be better. Something one mother admits she didn’t do:

[Judith] described herself as a lifelong Democrat and feminist who went to college in the 1970s at the height of the sexual revolution and women’s liberation movements. Her husband and their two sons were “super respectful” of women, she said.

“We don’t really need to teach our sons not to rape,” she said.

Clearly, you do. Especially if you think that getting raped because you are too drunk to consent means “I was stupid and I got embarrassed.” They clearly understand that their sons did something wrong, they just don’t want to say it was rape wrong.

There is this idea that women call rape when they regret sleeping with some dude, as if women don’t have plenty of men they regret sleeping with when they were stone sober. False rape accusations happen, but they are a staggeringly small amount compared to the amount of women who do not come forward because of fear they will not get justice. Fear that they will be stigmatized, called stupid and be forced again and again to repeat their trauma.

While these mothers are spending hundreds of thousands of dollars to turn back the clock on rape laws on campus, what they should be investing money is making sure there is better sex education in general. We need to teach men and women that sleeping with someone when they are too drunk to consent is rape.

Only saying, as one mother put it when she heard about her son’s accusation “How many times have I told you, you need to keep it zippered” is not enough.

Gloria Davidson, whose daughter runs End Rape on Campus (and has a son of her own), put it best, “Any mother is watching out for the children, that’s what mothers do. But I think all mothers should get the facts and open their eyes to what could have happened or not.”

Sometimes your son who you’ve raised and given all of your heart to can be a rapist. This is not an easy thing to deal with, no one is saying that these mothers shouldn’t, on some level, love and care for their son. That doesn’t mean that they should use their power and influence to dismantle legislation that is there to protect other students, because those victims are someone’s children too.