Nintendo Can Use The Fan Translation of Mother 3 For Free, If They Want To 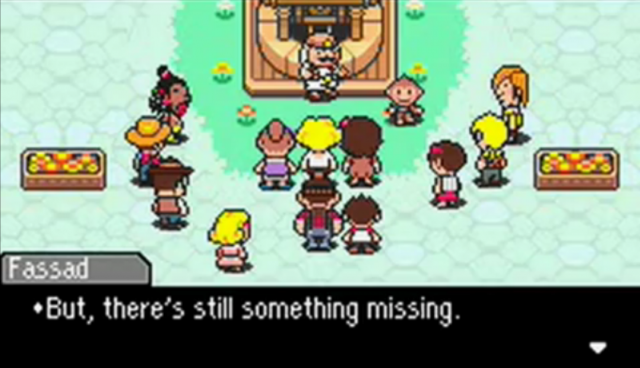 EarthBound is making its way to the Wii U console later this year, which has fans excited, but what of it lesser-known sequel Mother 3? The game was never released in the U.S. but a group of fans went ahead and translated it as a patch for the game’s ROM. They’ve even said Nintendo could use their translated script for free if they ever bring the game to America. Ball’s in your court, Nintendo.

The translation was done by a group appropriately calling themselves The MOTHER 3 Fan Translation Team, and they’ve done exactly what it is they set out to accomplish: a full translation of the game. They offer the translation as a downloadable patch to a ROM version of the game, but they encourage downloaders to obtain a legal copy of the game if possible.

They’ve also said that if Nintendo ever goes ahead with an official American release of the game, they will kill their baby and no longer offer their translation. They say their only goal is get Mother 3 into the hands of its fans, so if Nintendo is going to offer that then they don’t need to be the ones doing it.

Translating games can be a lengthy process, and could be one factor in why a company like Nintendo are hesitant to do it. If that’s the last hurdle left in getting an official English version of Mother 3, then the team wants Nintendo to know they can use their script for free. The announcement to Nintendo came on the Mother 3 Fan Translation Team’s blog, written by user “Mato”, it points to Ys: The Oath in Felghana as an example of a company using fan translation in the past.

Fan made work isn’t always the best or most professional projects. In fact “fan made” are two words that be rather cringe-inducing, but Mato put up links to some of his professional translation work, including his Linkedin page. He’s currently working as a translator for both FUNimation and Babel Media, and has done translation for things like Dragon Ball, Lupin the 3rd, and Crayon Shin-chan. His resume seems pretty impressive.

Let’s go, Nintendo. Fans of Mother 3 want an English version of this game so much they took the time and effort to make one themselves. Reward their efforts and make the real thing happen. You can even see a sample of their work in the trailer for their translated version of the game: