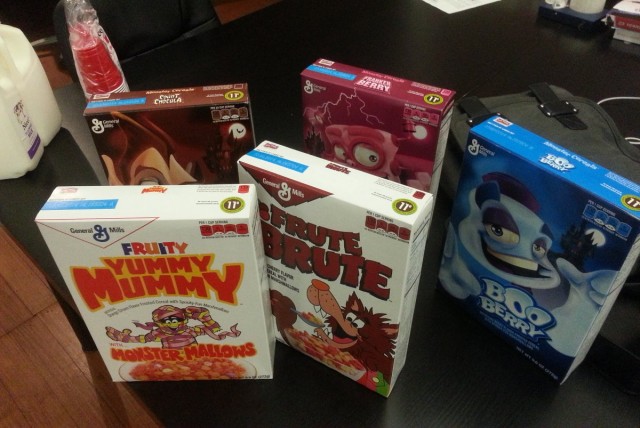 This year saw the return of Yummy Mummy and Frute Brute to the lineup of General Mills “Monster Cereals”. They were harder to track down than Count Chocula, Franken Berry, and Boo Berry, but we got our hands on all five and decided to rank them as an excuse to eat cereal at work. We’ll even tell you where to find them.

If you’re not familiar with Frute Brute or Yummy Mummy, they were introduced in 1975 and 1987 respectively. Brute was discontinued in 1984, and Mummy in 1993, so this is actually the first time all five cereals are available together.

While both Mummy and Brute were simply “fruit flavored” in their original incarnations, they’re being brought back with more a more distinct taste to set the five cereals apart. Brute now has a cherry flavor, and Mummy has an orange cream flavor.

If you’re trying to find Brute and Mummy, but haven’t had any luck we suggest going to Target and asking someone. We had to go to six different stores before finding them, and it wasn’t until in an act of desperation we actually spoke to a salesperson that we were pointed to a secret hidden endcap display near one of the back registers that we were successful.

We picked up Count, Franken, and Boo at a regular grocery store, but most stores we saw only had those three. Target seems to be your best bet. If you’re desperate, you can order them through Amazon at a major premium. Another bonus for getting them at target is they come in cool retro packaging. We couldn’t find retro versions of the other three though.

Besides the three Geekosystem editors in the office, we also had our lead developer and a member of the Abrams sales team try the cereals and give us their ranking and thoughts. Here are the results of that trial. (Spoiler alert: No one likes Boo Berry)

Not a bad assignment for his first day on the job, here’s how Dan ordered the cereals. (We’re going from least favorite to favorite.)

When asked if he had any specific comments on his ranking, Dan said:

Despite Boo Berry’s lack of marshmallows, no. I thought Franken Berry was good, but it just had one very strong flavor. That’s all I have to say about that.

Victoria had different opinions on everything but Boo Berry.

In discussing the cereals we settled on the idea that Count Chocula, more so than the others, has a “waxy” consistency. Victoria elaborates:

I know the consistency of Count Chocula isn’t the best, but chocolate overrides all of that. And Yummy Mummy has a flavor I haven’t had before so I’m going to put that on top.

Justin took a break from connection the elaborate series of tubes that is Geekosystem to give us very strong opinions about cereal.

We asked Justin about his unique ranking for last place to see if we should rank one higher than the other:

No order. They’re both just at the bottom. Just trash.

Daniel was probably the most enthusiastic about having a mid-day cereal party at work, and he assured us he was capable of having opinions on things.

Frute Brute and Yummy Mummy were similar, but the Frute Brute tasted ever so slightly more natural (relatively speaking), so I’m giving it the edge: A+, would eat again (though maybe it’s just the retro packaging talking). Boo Berry was very bland, and I’m betting it doesn’t stack up in the antioxidant department, either. I wish Elvira had her own breakfast cereal.

Here’s how Glen ranks the cereals he was so excited to buy and get everyone else to eat:

This was all an elaborate ruse so I could buy a bunch of kid’s cereal without my wife getting suspicious. My Boo Berry samples didn’t have any marshmallows, and it didn’t seem like many were in the box. I also don’t like the smug look on his face. I remember liking Yummy Mummy as a kid, and even though they changed the flavor it was still familiar. They’re banking on nostalgia and I think it’s working.

In the case of Justin’s Boo Berry/Frankenberry “everybody loses” scenario, neither were awarded any points. Though it doesn’t seem to have affected the rankings. Here’s our final tally and some notes on each cereal: 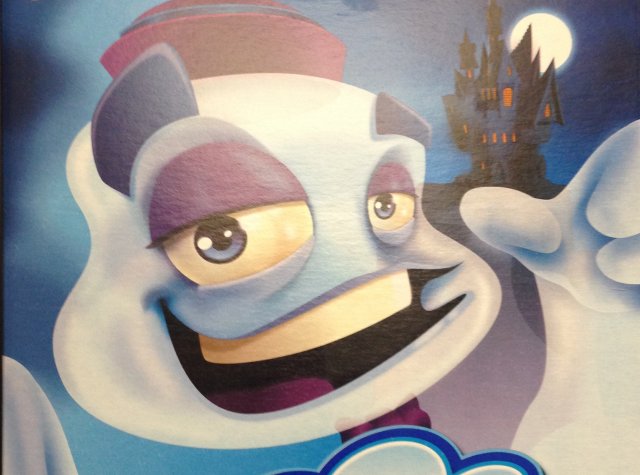 Seriously. No one liked Boo Berry. The marshmallow to cereal ratio is way off leaving you with a bowl full of bland blue ghosts. It doesn’t taste like blueberry, or really much of anything. And seriously: Look at his smug face. 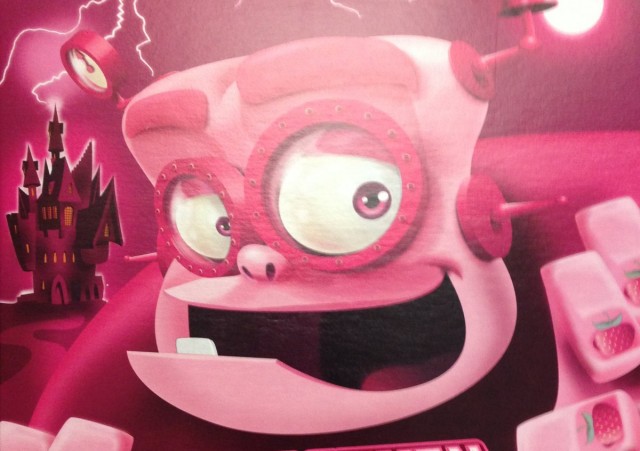 Not as catastrophic a failure as his buddy Boo, but Franken Berry failed to win anyone over as their first place choice, so he got left behind. Although his strawberry flavor comes through much better than Boo’s blueberries, it just wasn’t enough to impress our discerning judges. 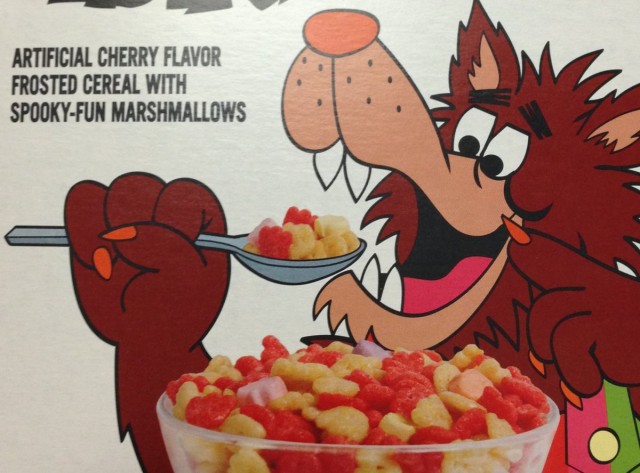 It’s clear from the points that Boo Berry and Franken Berry are the losers here, but the top three spots were much more contentious. It was close, but Frute Brute landed in third thanks largely to Justin’s placing it in the top spot. It’s similarity to Yummy Mummy is noticeable in both taste and appearance. Here are five laid out bare: 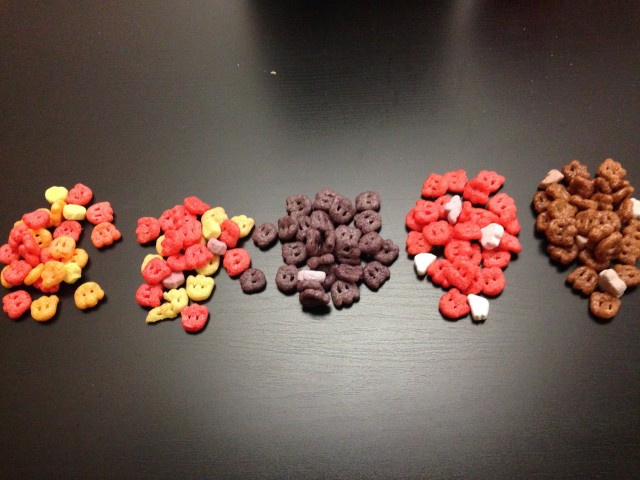 Frute Brute and Yummy Mummy lack the distinct coloration of the other three.

We all enjoyed Frute Brute, but besides Justin picking it for first place, everyone else put it right in the middle at third. 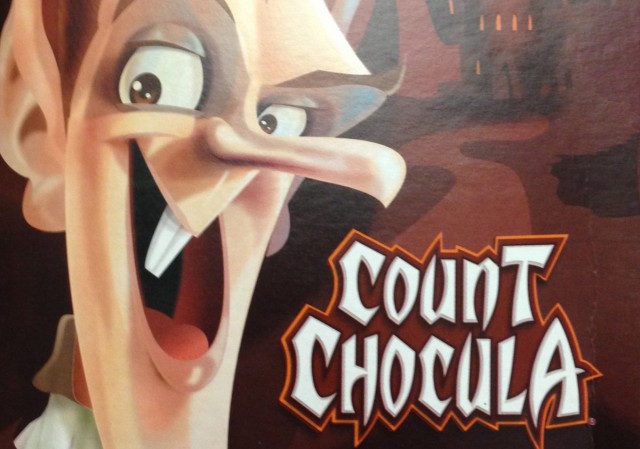 Neck and neck (vampire joke!) with Frute Brute, Count Chocula edged Brute out by a single point. We think the Count’s distinct chocolate flavor gave him an edge of four fruit-flavored competitors. 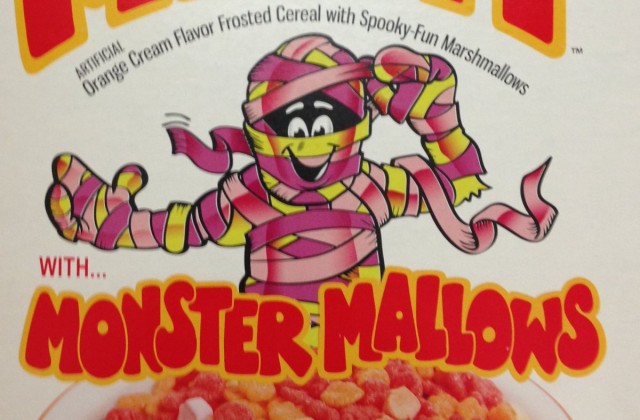 Not quite a blowout, but Mummy earned itself a solid lead against the rest of the field. The orange cream flavor isn’t particularly strong, but it’s subtle enough to be unique, and that’s what caught a lot of our judges’ attention. It was the first place choice for everyone buy Justin.

Honorable Mention – All Five Mixed Together

Individually the flavors of these cereals aren’t that strong, and after a while they can sort of run together. As an experiment we tried mixing them together, fearing the worst, but it actually works really well. The four fruit-flavored cereals play off each other, and you can actually taste each one’s intended flavor more clearly which they’re together than apart. Plus you get an occasional taste of chocolate which is always welcome.

This is also a great way to get rid of all that leftover Boo Berry no one wants to eat.

Seriously, Boo Berry. Get yourself together.

(via General Mills, images our own)