Search your feelings, you know it to be true. 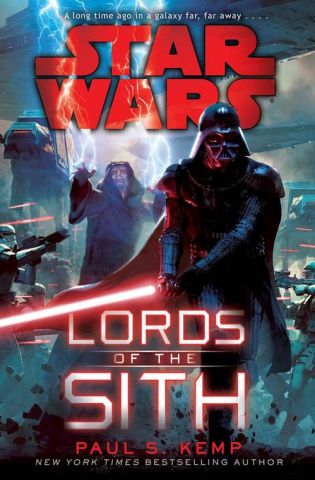 You know it’s a good time to be a Star Wars fan when a rumor like this one sounds fairly credible: according to “two independent sources,” Moff Delian Mors, who will make her first appearance in the Paul S. Kemp book Lords of the Sith this April, may also be the first LGBTQ+ character in a Star Wars film. If she and Felicity Jones get together, I will probably die of happiness.

While the addition of this character into canon is important, let’s face it, coverage of this sort on a new character from a book isn’t normally so publicized or pushed out there. The books so far have introduced a number of new characters and ideas, none of whom were given articles on this magnitude well over a month ahead of the book’s release. Yes, I get that there’s a very good reason to promote the inclusion of a LBGT character in Star Wars, but there are other reasons why Moff Mors has been so much attention ahead of her debut.

I’ve had two independent sources tell me that the Lucasfilm story group has plans for Delian Mors, plans that includes a big screen appearance, and possible outing in a live-action series. The primary thing I’ve heard is that Lucasfilm really wants to include Mors in one of the Star Wars spin-offs. My sources couldn’t say specifically which standalone film, but were under the impression it could be Rogue One.

Cinelink points out that Mors’ inclusion in Rogue One also makes sense chronologically—Lords of the Sith takes place in between Revenge of the Sith and Star Wars Rebels, the same time frame in which Rogue One is rumored to be set.

Obviously much of this news is still speculation, but it does sound like Lucasfilm recognizes Mors’ significance to fans and is looking to transfer her into an upcoming property (regardless, Lords of the Sith is helping me forget how much I miss some Expanded Universe characters).

If Lucasfilm manages to avoid tokenism and brings an LGBTQ character to the small or big screen, I’ll be incredibly impressed—with a universe as open to possibility as Star Wars, it has to be tempting for creators to take the “easy way” out and say representation is implicit (cough cough, Harry Potter). Celebratory dance break in honor of Rogue One hopefully bucking that trend: