J.K. Rowling Says “Of Course” There Were LGBTQ Wizards At Hogwarts (Could’ve Fooled Me) 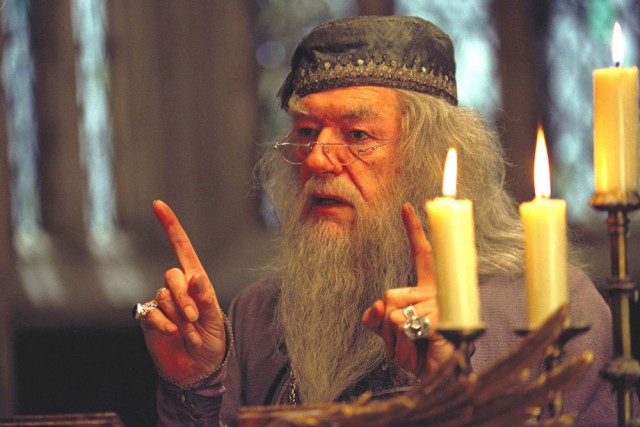 Yesterday J.K. Rowling assured fans that despite her books’ emphasis on Christmas celebrations, Hogwarts did have at least one Jewish student (Anthony Goldstein. Remember him? Me neither, really.) In response to subsequent discussion generated about representation in Harry Potter, Rowling explained:

To everyone asking whether their religion/belief/non-belief system is represented at Hogwarts: the only people I never imagined there 1/2

@jk_rowling it’s safe to assume that Hogwarts had a variety of people and I like to think it’s a safe place for LGBT students — tiny gay tati // 7 (@claraoswiin) December 16, 2014

I’ll be the first to praise Rowling as practically flawless, and she’s made her support for the LGBTQ community clear in the past over Twitter. But even though I’m positive she isn’t retconning representation in her books, it still feels a little bittersweet that Rowling would think the existence of LGBTQ students is self-evident even though they’re given literally zero visibility in the actual text.

In the same way Dumbledore’s love for Gellert Grindelwald was apparently too incidental to merit mention, it seems like a missed opportunity not to give LGBTQ students greater representation. I know it would have been hugely impactful on me as a young reader—and many other honorary Hogwarts students, I’m sure—to see an asexual wizard or a trans witch, to be reminded that cisgender heterosexuals aren’t the only ones who can excel at their magical studies.

That being said, in an ideal world there wouldn’t be such a dearth of representation in most books or movies that Rowling’s omission would sting. Luckily, the fandom keeps on progressing and filling in the books’ gaps in plenty of brilliant ways (by making that “in the closet” artwork, for example, which we’re sure Rowling didn’t do herself).