This will be a day long remembered. 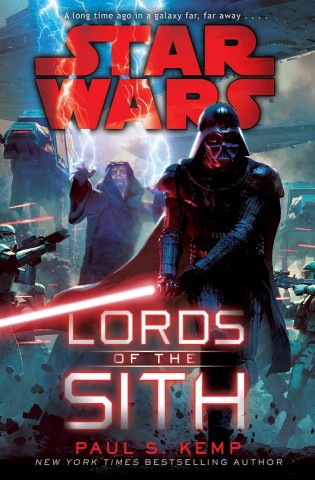 Yub fucking nub: not only does Star Wars now have canonically female stormtroopers, but Paul Kemp’s upcoming book Lords of the Sith is also about to introduce the first official LGBTQ character to the new canon.

Big Shiny Robot writes of the book (due out April 28th):

With Paul S. Kemp’s Lords of the Sith, there is no ambiguity whatsoever.

Moff Mors is an Imperial who has made some very serious mistakes but she is an incredibly capable leader and spends much of the book working hard to prevent absolute failure. She also happens to be a lesbian.

In an interview on the Full of Sith podcast, Lords of the Sith‘s editor Shelly Shapiro explained,

This is certainly the first [LGBTQ] character in canon.

But there was a gay Mandalorian couple [in the EU novel Legacy of the Force], so it’s not brand new. It’s not something I really think about, it just makes sense. There’s a lot of diversity-there should be diversity in Star Wars. You have all these different species and it would be silly to not also recognize that there’s a lot of diversity in humans. If there’s any message at all, it’s simply that Star Wars is as diverse (or more so because they have alien species) as humanity is in real life and we don’t want to pretend it’s not. It just felt perfectly natural.

Polygon writes that although Moff Mors is the first LGBTQ character yet in the new canon, she’s not the first to appear in a Star Wars title; BioWare’s Knights of the Old Republic also featured a female gay character, although “her relationship with female players was minimal.” But unlike Knights of the Old Republic’s Juhani or Legacy of the Force’s subtle mention of a married gay couple, Moff Mors stands to be the most explicitly LGBTQ character in a Star Wars title yet (and a rad lady character regardless of her sexuality).

Personally I’m incredibly excited that the new canon Star Wars novels are gradually reminding readers that straight white cis men don’t need to be the default. Given the precedent set by Lords of the Sith and A New Dawn, I can’t wait to see what the next title (an Asajj Ventress novel with a female author) will have in store. Thoughts?