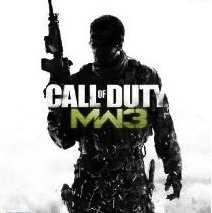 Almost as if prodding the geek community, Kotick also made note that, “Life-to-date sales for the Call of Duty franchise exceed worldwide theatrical box office for ‘Star Wars‘ and ‘Lord of the Rings,’ two of the most successful entertainment franchises of all time.”

“Call of Duty is more than a game. It’s become a major part of the pop cultural landscape. It is a game that core enthusiasts love, but that also consistently draws new people into the medium. It is the most intense, adrenaline pumping entertainment experience anywhere.”

So, most exciting game you’ve ever played, or pretty much par for the course for war shooters?