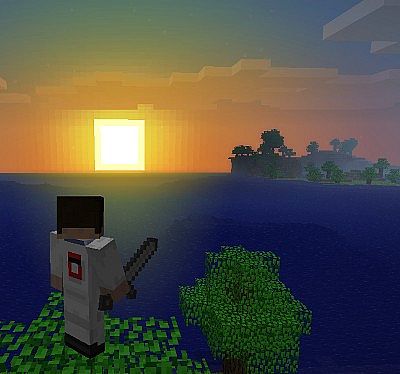 It’s been three months since the release of Minecraft version 1.25, the longest interim to date between updates. But today, we rejoice! This morning on Mojang’s official blog, a post appeared announcing the release date of version 1.3 as well as detailing some of the changes being added. This is gonna be a big one, folks!

I can’t lie, I come and go quite a bit from the world of Minecraft. Every time I do, I find some things that aren’t quite the same as when I left. This August 1st, we’ll all click on the familiar grass-block logo and be greeted with the “Updating Minecraft” screen. On MOJANG’s blog, Jens Bergensten tells readers that some of the changes featured in the update would fundamentally change the game engine. Here are just a few bits and pieces we’re really looking forward to over at Geekosystem.

The biggest change coming with version 1.3 is the merge of single and multiplayer. There is no more “single player” mode, only a version of multiplayer in which you play alone. This allows for commands normally found exclusively in multiplayer to be implemented in single player by turning on “cheat codes.” It will also let users share the worlds they’ve created with players on the same local area network. The implications of this are tremendous! I can finally show my friends and family my newly-completed “Phallus Forest.”

The ability to share giant genitalia over LAN is not the only thing that comes with this update. Come August 1st, the villagers will do more than wander aimlessly; you’ll be given the ability to barter and trade items with them. Players will also be able to write in books and leave messages for other players to read later. MOJANG has also made it easier to start a new world with the introduction of the “bonus chest” full of valuable items.

One of the additions in 1.3 that I am personally looking forward to is the inclusion of an early version of “Adventure Mode.” This game mode was announced on July 7, 2010 and was rumored to include randomly generated dungeons, mazes, and quests. Since I first started playing Minecraft, I was enchanted by the massive landscapes and had always wondered what a classic adventure game would be like in the world of Minecraft. I hope that Adventure Mode lives up to gamers’ expectations. But, it’s only a matter of weeks until we find out on August 1st.