Do Millennial Men Want Their Wives to Stop Working? | The Mary Sue

Millennial Men Are Reportedly Craving Stay-at-Home Wives More Than Any Recent Generation, But Why? 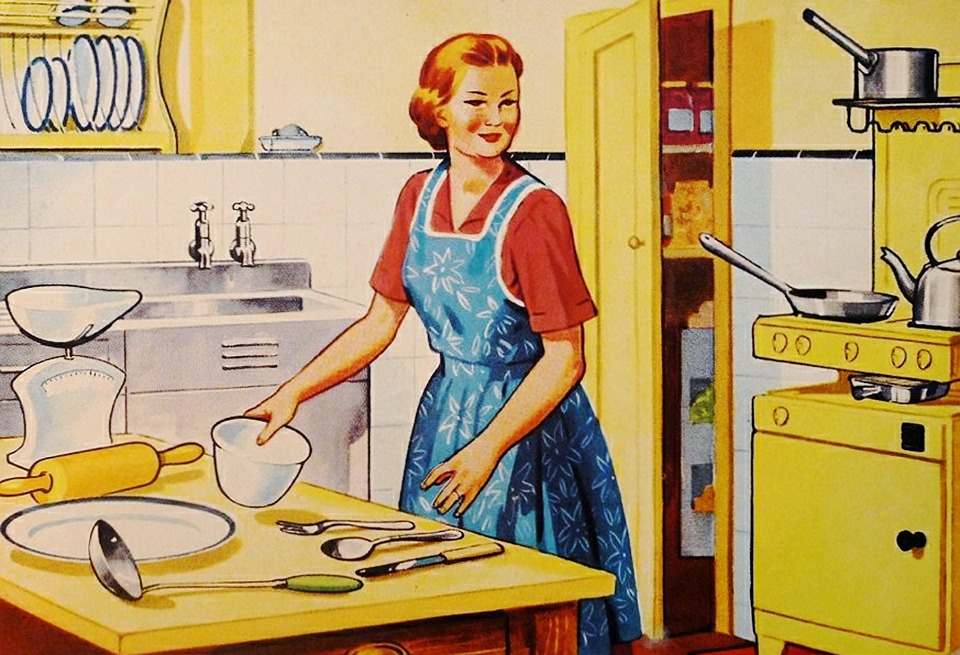 Millennials have long been heralded as the generation of gender equality. It was supposedly the most important issue to us, overall, in the last election. According to a survey spanning 40 years, young people overwhelmingly believe women should be considered as seriously as men for jobs as executives or politicians, and that men and women should have exactly the same job opportunities. They also believe more than any past generation that children can have the same “warm and secure” relationship with a working mother as with a non-working mother.

So how is it that according to the same study, Millennial men are increasingly craving a stay-at-home wife? One of the statements given in the survey—which has been given to high school seniors for four decades—reads, “It is much better for everyone involved if the man is the achiever outside the home and the woman takes care of the home and family.” In 1994, 42% of students agreed with that statement. In 2014, 58% agreed.

Another study focusing on men’s opinions (via the New York Times) has 83% of men rejecting the sole-male-breadwinner paradigm in 1994, and 55% rejecting it in 2014. So across both studies, about half or more of young men think it’s better for everyone if men work and women care for their families.

What the hell is going on here?

To be fair, Millennials are a wide-ranging generation. That title spans everyone born from 1982 to 2000. 16 year olds and 34 year olds are all considered part of the same demographic. It’s going to be hard to find anything for that group to agree on. But that doesn’t explain why so much has changed between high school seniors in 20 years, and why it’s changed in this direction.

There are numerous studies and surveys that indicate that a lot of young people, and young men especially, think that we’re pretty much enjoying a post-feminism society. The number of young men who think women are treated totally fairly in the workplace and have equal opportunities to men is about 50%. If they think women have hit the finish line of equality, is that a reason to justify returning to more old-fashioned beliefs? We can stop working now because the fight is over?

Similarly, as NYT reports, political scientist Dan Cassino suggests this shift in men’s attitudes towards women’s workplace equality “may reflect an attempt to compensate for men’s loss of dominance in the work world.” From politics to Ghostbusters, we’ve all heard men complain about being ignored or having their rights stripped away because they’re not used to having to share their toys with others. As the saying goes, when you’re accustomed to privilege, equality feels like oppression.

I would hope it goes without saying, but in no way is it un-feminist or unworthy for a woman to choose to stay home. If parents come to this decision together, if it’s what the woman wants for herself and her family, that’s as valid a life choice as any other. But it is completely belittling and retrogressive (not to mention heteronormative AF) to assume that “it is much better for everyone involved” if the man works and the woman stays home.