There's no talking raccoon in this. We've got to play it safe. 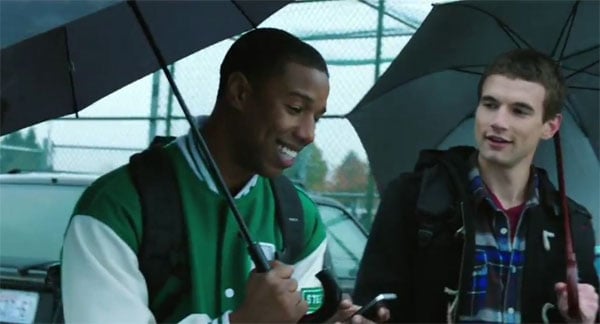 We’re still pretty in the dark about what Chronicle director Josh Trank’s Fantastic Four has in store–aside from the casting, that is. Hoo boy, the casting. Trank’s choice to bring Chronicle actor Michael B. Jordan onboard as Johnny Storm had us stoked, but predictably, some people (read: bigots) were not so pleased. And according to Miles Teller, a vocal subset of fans weren’t the only ones who doubted Trank’s casting choices.

In an interview with MTV, Teller–who plays Reed Richards in the upcoming film–spoke about how hard Trank had to work to get the studio on board with his vision of the project:

I think it’s great. It is a big thing. You’re changing the race of a character. It’s like, ‘Why couldn’t the Human Torch be black?’ It took a lot of convincing. For me with Reed Richards, I know Josh really had to [pull for me]. Josh did for all of the characters. For Jamie, he really vouched for [him]. For Mike, he was like, ‘This is my guy’ from the bat. He was very specific on who he wanted to play these characters. I was his guy for it … I think people are really going to dig what [Toby Kebbell] did with [Doctor Doom]. He’s just a good actor.

We’ve still got ten months before the reboot hits theater, and I’m excited to find out more about the project as the release date draws closer. Are you guys excited yet? Happy that Trank worked so hard to round up this particular cast of actors?