Is Woody Allen Actually, Finally Facing Some Consequences for His Alleged Abuse of Dylan Farrow? Maybe? 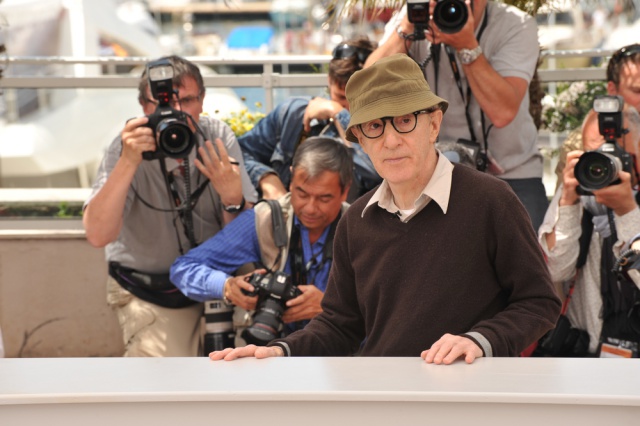 As Princess highlighted in her piece earlier, Woody Allen has yet to face any real consequences—social, professional, or otherwise—in the face of the long-standing sexual abuse allegations made against him by his daughter, Dylan Farrow. While other men in Hollywood have at the very least had some professional dings to their career in light of similar allegations Allen, for whatever reason, has been seemingly bulletproof. But could that actually be starting to change?

Well, it seems that one of his most high-profile leading ladies, Kate Winslet, who hasn’t been able to bring herself to say a remotely negative thing about him during promotion for the film Wonder Wheel (which Allen directed and in which Winslet stars) is finally doing just that. Well, sort of.

As reported by Vulture, Winslet used her awards speech at the recent London Critics’ Circle film awards to finally express her support of the victims of sexual harassment and assualt, regret for her silence, and regret for working with “certain individuals.” Everything…except actually mentioning Woody Allen by name.

Important to note she never addressed Woody by name.

It’s clear that this was a difficult statement for Winslet to make, and I’m glad that she’s finally at least addressing things, rather than avoiding it as a conversation that’s “too difficult” to have. However, not only has she kinda missed the boat on this one, but she’s caught the next boat only to tell us…not much.

She regrets working with “certain individuals,” but not enough to actually name them and give them any kind of a “hard time.” She talks about the importance of using one’s platform to speak up for the smallest voices, but then says:

“Also those who do have a voice are becoming afraid to say anything, because of intense scrutiny and criticism. Nobody should be exempt from having a right to speak in support of vulnerable people. There are those who can speak so powerfully for those who are not able to do so themselves, and let us please not make this about which people express public regret.”

It just seems as though in this moment, her expression of regret or victim support was more in the service of defending herself against criticism than anything else. I doubt she’ll work with Woody Allen again. But then again, she doesn’t have to now. Her “Woody Allen film” is already on her resume. Box checked.

However, it’s looking as though Allen might have some trouble with casting future projects.

The Playlist reports that, even though Allen has financing for his post-A Rainy Day in New York film (whose stars have been quick to distance themselves from the film and have been donating their wages from it to the Time’s Up legal defense fund), that casting has proved to be a bit harder as fewer and fewer A-list celebrities wish to be attached to a Woody Allen project.

An anonymous source has told The Playlist that “He’s having trouble casting his new film.” However, Allen’s sister/producer, Letty Aronson, seems unfazed about it insisting, “I have no doubt that he’ll be able to find new talent.”

That, to me, is an interesting choice of words, emphasizing that he’ll be able to find new talent. As in, new and unsuspecting? Talent that is somehow not aware of the allegations, from whose ignorance you can benefit? Is it a threat? As in, if A-listers want to turn their backs on Allen, Allen will turn his back on A-listers, focusing on this “new” talent instead?

Allen will never be able to actually be tried for his alleged crimes. For a while there, it seemed as though he wasn’t going to face any professional or social consequences either. However, it seems that people are starting to be more willing to put the pain of an alleged sexual abuse victim ahead of their own desire to work with a critically acclaimed director, perhaps finally putting their priorities in order.