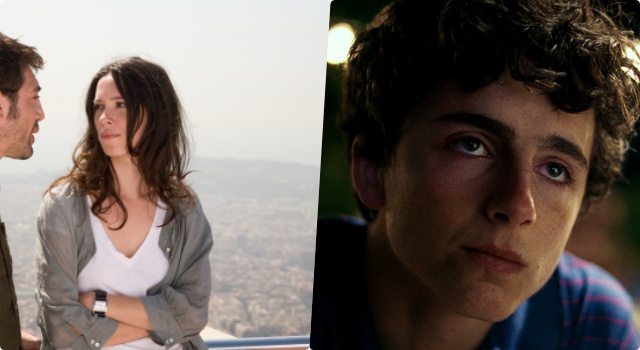 Over the weekend actors, Rebecca Hall and Timothée Chalamet decided to donate their Woody Allen movie salaries to the organization Time’s Up.

Former collaborators of Allen have been coming forward denouncing him and saying they will no longer work with him, including director Greta Gerwig. In an interview, Gerwig said, “If I had known then what I know now, I would not have acted in the film. I have not worked for him again, and I will not work for him again. Dylan Farrow’s two different pieces made me realize that I increased another woman’s pain, and I was heartbroken by that realization. I grew up on his movies, and they have informed me as an artist, and I cannot change that fact now, but I can make different decisions moving forward.”

While that statement came after a lot of online criticism came towards Gerwig after calling Allen one of her “heroes” and not denouncing him at the Golden Globes, it is good to see people in power wanting to acknowledge their mistakes and making an effort to do more.

Rebecca Hall, who got one of her big breaks in the Allen film Vicky Cristina Barcelona as the Vicky, and was going to have a scene in the upcoming A Rainy Day in New York, posted a Times Up image with a caption explaining that she would be donating her salary to Time’s Up.

The day after the Weinstein accusation broke in full force I was shooting a day of work on Woody Allen’s latest movie in New York. I couldn’t have imagined somewhere stranger to be that day. When asked to do so, some seven months ago, I quickly said yes. He gave me one of my first significant roles in film for which I have always been grateful, it was one day in my hometown – easy. I have, however subsequently realized there is nothing easy about any of this. In the weeks following I have thought very deeply about this decision, and remain conflicted and saddened. After reading and re-reading Dylan Farrow’s statements of a few days ago and going back and reading the older ones – I see, not only how complicated this matter is, but that my actions have made another woman feel silenced and dismissed. That is not something that sits easily with me in the current or indeed any moment, and I am profoundly sorry. I regret this decision and wouldn’t make the same one today. It’s a small gesture and not one intended as close to compensation but I’ve donated my wage to @timesup. I’ve also signed up, will continue to donate, and look forward to working with and being part of this positive movement towards change not just in Hollywood but hopefully everywhere. #timesup

Monday, Chalamet also made a statement on his Instagram, also saying that he would be donating his salary because he doesn’t “want to profit from my work on the film.”

Previously, Mira Sorvino also spoke up to HuffPost apologizing to Dylan Farrow for not believing her. “I confess that at the time I worked for Woody Allen I was a naïve young actress. I swallowed the media’s portrayal of your abuse allegations against your father as an outgrowth of a twisted custody battle between Mia Farrow and him, and did not look further into the situation, for which I am terribly sorry.”

The tide is turning on Woody Allen and it fantastic to see all of these stars coming out and admitting their regrets, while also calling out where they got their biases from. It’ll be interesting how the rest of the former Allen/Polanski roster deal with these questions in the future.