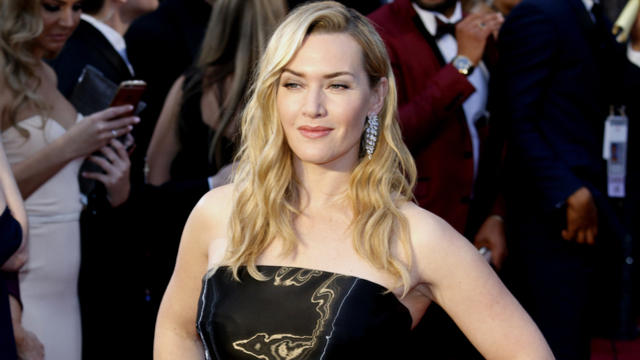 Kate Winslet is currently doing the promotional rounds for her movie Wonder Wheel, in which she plays an “unpleasant narcissist” in 1950s Coney Island having an affair with lifeguard Justin Timberlake. Normally, I’d be really excited for a new Kate Winslet movie, but this one is directed by Woody Allen. My excitement level, therefore, is zero.

With a movie like this comes many interviews. And when that movie is a Woody Allen project, everyone involved knows what questions will be asked, especially when Hollywood’s sexual assault epidemic is at the forefront of our national consciousness. And yet Winslet seems either unprepared or unconcerned with answering questions about how she justifies working with Allen, when accusations of sexual abuse and pedophilia are so public.

Here’s what she said back in September, which in our current slow-motion timeline of torturous atrocities was before we were talking about Weinstein and how he brings a light to Hollywood’s systemic abuse problem:

Since then, Winslet has spoken out about Weinstein, calling his behavior “unacceptable,” and declaring “I unequivocally support this level of very necessary exposure of someone who has behaved in reprehensible and disgusting ways.”

Yet when asked in a new Variety interview whether the allegations against Woody Allen factored into her decision to work with him, she replied, “Um. [Winslet narrates her own silence.] ‘She pauses.’ It’s just a difficult discussion. I’d rather respectfully not enter it today.”

The interviewer mentions the public reaction to her last interview praising Allen, and Winslet responds by saying, “I don’t read how people respond to things. We’re always as actors going to say the wrong thing. I think it’s better to respectfully step away from the discussion.”

The last thing I want to do is fall into that all too common trap of holding women accountable for men’s actions or expressing more outrage at women’s responses to abuse than at the abusers. (Okay, I guess technically the last thing I want to do is not talk about this at all.) But this is a bullshit answer. Yes, of course, it’s a difficult discussion. Those are the exact discussions we need to be having and Winslet specifically, and deliberately, inserted herself into this narrative by choosing to work with this man. It wasn’t easy to condemn Weinstein, I’m sure, but it becomes easier to some degree when other women have paved the way by speaking about their abuse. To say this conversation is “difficult” is an utterly cheap dismissal of women’s pain. And when this is all in a cover story for a magazine’s awards season opener, it’s very hard to not see this framed as hitching herself to Allen for an award, instead of choosing to listen to women.

What makes this even more inexcusable is the fact that Winslet does talk about Allen in this interview, a lot. She praises him and says what an honor it is to work with him. She is simply choosing to ignore the part of him that is an allegedly destructive force in their shared industry and a danger to women. Winslet is allowed to work with whomever she chooses. But the rest of us are allowed to call out crap when we see it. If Winslet wants to put the “honor” of working with Woody Allen above the pain and suffering and bravery of Dylan Farrow, she can. But we don’t have to respect it, and we don’t have to accept her claim that this is too “difficult” to talk about.

The only credit I might give to Winslet here is that there is a very good chance this profile was written before the Weinstein allegations came to light in such a big way. I’m not sure when the interview was given, but for cover articles of this scale, they’re often done well in advance. So her “difficult conversation” no-comment comment was likely given before she praised women for having the difficult conversation that was Weinstein’s history of assault.

Wonder Wheel comes out December 1st, so we’ll have a full month of Oscar-train interviews to see if her talking points change or, more likely, hear her continue to dodge these questions.