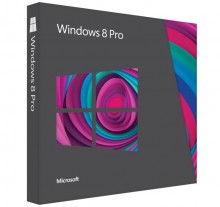 Those of you that subscribe to all things Newegg might’ve noticed that the online retailer seems to have revealed the standard price of Windows 8 today. We already have the upgrade options and pricing, but for those of us that don’t have a recent or legitimate copy of one of the eligible versions of Windows, the standard price is what we’ll be subject to if we decide to make the switch to the new operating system. Along with the revealed pricing, Microsoft has released the five flavors of packaging in which Windows 8 will arrive.

If Newegg’s pricing is on the mark, both the 32 and 64-bit versions of Windows 8 will sell for $99.99, while the 32 and 64-bit versions of Windows 8 Pro will sell for $139.99. Each version includes free shipping. Newegg is also stocking the Windows 8 Pro upgrade, which’ll set you back $69.99. Along with Newegg’s reveal, Microsoft has announced that you can start pre-ordering the new operating system starting today, and it should be available from a variety of common sources, such as Best Buy, Staples, Amazon, and so on. If you have an inkling a store might be selling Windows 8, chances are it is. However, if you don’t go the pre-order retail route, you can wait until the release date, October 26, and use the upgrade assistant online to upgrade to Windows 8 starting at only $39.99.

With the news of the pricing, Microsoft has revealed the five flavors of packaging in which Windows 8 will arrive, which you can view below.

What do you think, worthy of displaying prominently on the hutch above your monitor? Are you even going to upgrade to Windows 8 upon release?