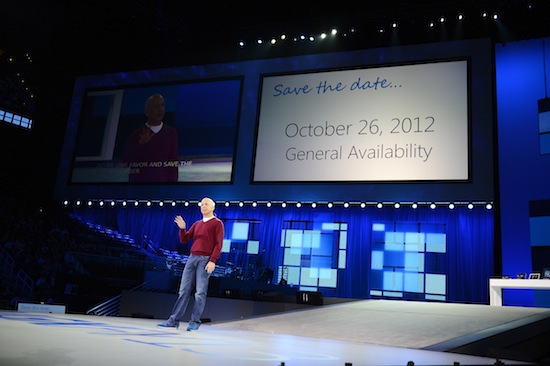 If you’ve been wondering what to do with your fund set aside specifically for operating system upgrades, Microsoft has announced that you can dip into that fund when Windows 8 releases on October 26, 2012.

If you’ve been hankering to see how the new Metro UI holds up on a desktop, or have simply grown bored with your current version of Windows, you now only have a few months to wait. Aside from the various editions of Windows 8 Microsoft will be releasing, the best part of the new operating system is that an upgrade from either Windows XP, Windows Vista, or Windows 7 only costs $39.99. Further details have yet to be released, but there isn’t much more to say about the release that hasn’t already been said aside from what the full retail price would be if you aren’t upgrading from one of the eligible previous versions of Windows. If Windows 7 is any indication, it’ll cost around $100.