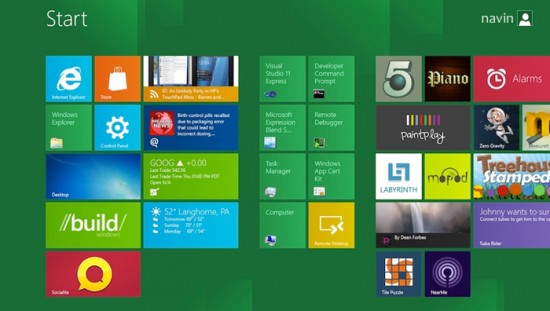 If you didn’t like the user interface style formerly known as Metro, a new report holds some bad news: With Windows 8, Microsoft will be preventing users from booting straight to the desktop. If true, that means users will have to deal with the tiled Metro UI before they can access a more familiar desktop environment.

The report, over on ZDNet, claims that if Windows 8 users wish to access a more familiar desktop environment — start menu, taskbar, desktop icons — they’ll have to boot into the Windows 8 tiled Metro UI, then access the more standard PC desktop environment through the use of what could be considered a desktop “app.” ZDNet claims they have confirmed this gloomy news with Rafael Rivera, coauthor of an upcoming book, Windows 8 Secrets. If a user wishes to boot to the desktop in Windows 8 without having to manually pass through the tiled UI, currently, Microsoft isn’t offering a way. Of course, this simply means that the development scene will take matters into their own hands and spruce up someone else’s product.

With Windows 8 test builds, users could create a shortcut that launched the desktop, and could then schedule that shortcut to activate upon the computer’s boot. So, it’s a little roundabout, and users would still have to pass through the tiled, tablet-like UI, but they wouldn’t have to physically interact with their computer in order to boot to a preferred interface. If that’s a little too complex for casual users, there’s already free software available that will add a Start Menu back to the Windows 8 taskbar, offered up by Stardock, the guys who not only make Sins of a Solar Empire, but various software kits to help users customize their operating system’s interface.

Windows 8 is officially launching on October 26, only two months away, so hopefully Microsoft will come to their senses and provide a native feature that allows users to automatically bypass the tiled interface and head straight to the desktop.