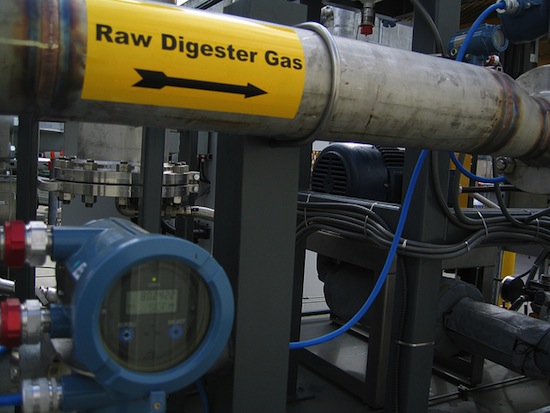 This is really happening! Microsoft announced in a blog post on Monday that they’re building a new data center that will be fueled by the methane from a sewage treatment plant. The new data center will be a 200kW facility built at the existing Dry Creek Water Reclamation Facility in Cheyenne, Wyoming. The pilot program is being called the Data Plant and it will be fueled by collected methane from the wastewater treatment plant as it processes sewage. As a reminder: Sewage is poop.

Microsoft admits there are already a few instances of data centers that run on the biogas produced by sewage treatment plants, but the new Data Plant will be the first to directly capture the gas at the facility. The existing biogas-fueled data centers import the biogas from off-site. Microsoft is cutting out the middleman in the process and getting their electricity more directly from the poop of the people of Cheyenne, Wyoming.

The goal of this project is to create a zero carbon data center that does not rely on the existing power grid, and building the data center at a wastewater treatment plant can help insure that, or so Microsoft hopes. Sean James, the author of the post, draws a parallel between data centers and treatment plants. He calls them both, “mission critical facilities with high-availability infrastructure built into the plant.” That means that ideally, neither the data center or the wastewater facility can have any downtime, or as James puts it, “These plants cannot go offline any more than a community can stop flushing.”

Having both facilities constantly operating means the biogas being produced by the wastewater treatment plant will come in at a steady rate that the Data Plant can draw power from uninterrupted.

Truth be told, we got excited for this story because it gave us a reason to write “poop” a bunch of times, but this could actually be a pretty major step forward in both where we get our power, and what we do with our waste. This is just a pilot program, and the Data Plant facility will run at only a fraction of the capacity of other Microsoft data centers, but the data collected could lead to larger facilities in the future.

(via Microsoft, image via EscoPhotog)