Jordan will produce and possibly star in the limited series. 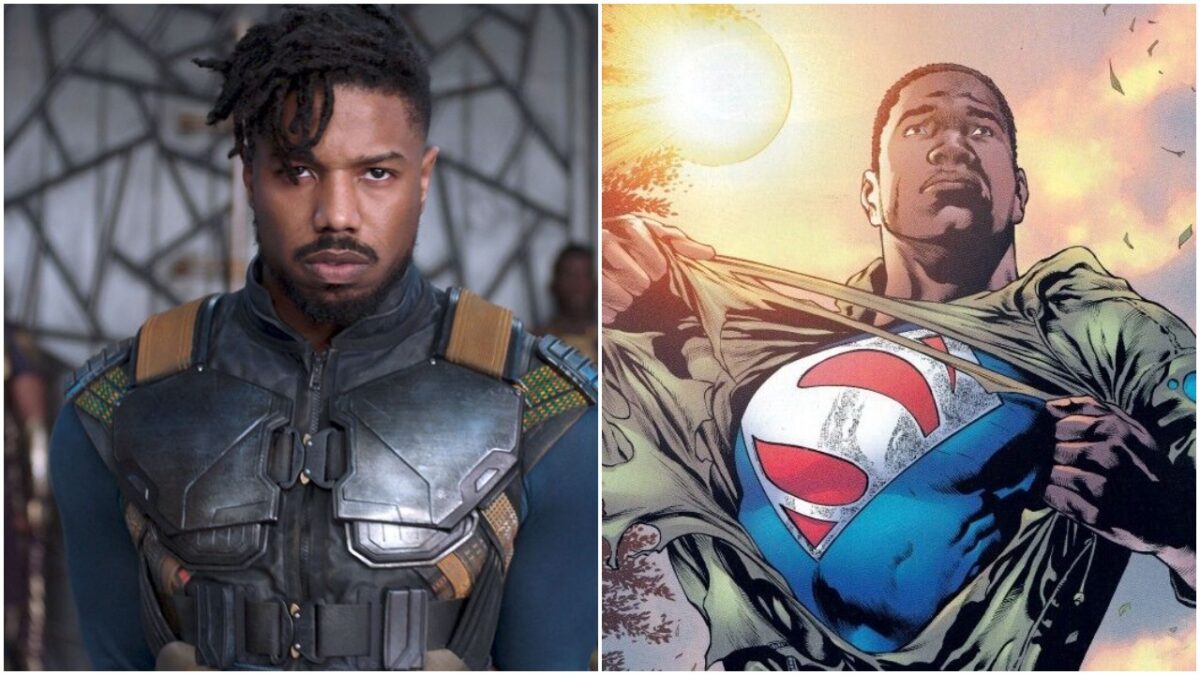 After burning up the screen in Marvel’s The Fantastic Four and fighting for the Wakandan throne in Black Panther, Michael B. Jordan is joining the world of DC. According to an exclusive report from Collider, Jordan and his production company Outlier Society are developing a Black Superman limited series for HBO Max. The as-yet-untitled series will center on alternate Superman Val-Zod.

Val-Zod, who hails from the Earth-2 timeline, became an orphan after his parents’ execution by Krypton’s court. Val quickly made friends with fellow orphan Kara Zor-El, joining her and Kal-El in escaping Krypton before the planet’s destruction. Val spent much of his life in hiding, before he was found and recruited by the new Wonders to fight Kal-El after he was brainwashed by Darkseid. The character was created by Tom Taylor, Nicola Scott and Robson Rocha. Val-Zod first appeared in Earth 2 No. 19 (2014).

Taylor tweeted the news, writing “HUGE. Created by me and @NicolaScottArt, Val-Zod, the #Superman of Earth 2, could soon soar on screens with Michael B. Jordan.” Scott also tweeted her excitement, writing “Is this real? Is our perfect everything coming to life?!
@TomTaylorMade”.

HUGE. Created by me and @NicolaScottArt, Val-Zod, the #Superman of Earth 2, could soon soar on screens with Michael B. Jordan.https://t.co/wKdoFCF2Lb pic.twitter.com/r0jVxygWh1

While Jordan is producing the limited series, it is unclear whether or not he will play Val-Zod. Jordan’s series also comes on the heels of DC’s previously announced Black Superman movie, which Ta-Nehisi Coates is currently writing and J.J. Abrams will produce. The studio is expected to hire a Black director for the film.

Jordan, who has circled the role of Superman for years now, is an obvious frontrunner for the role, and the fact that he hasn’t signed on to star in the HBO Max series may indicate that he’s taking on the big screen Supes role instead. But Jordan denied the rumors, stating “I’m flattered that people have me in that conversation. It’s definitely a compliment, but I’m just watching on this one.” Jordan, who previously discussed playing the Man of Steel said, “There is a huge upside to it, but being under that microscope, being picked apart and compared to so many different versions of Superman… I would rather do something original. I’ll be Calvin Ellis, … I think the comic book purists can accept that more than me being Clark Kent. That’s a different thing.”

Calvin Ellis, the Superman of Earth-23, first appeared in Final Crisis #7 as an African-American version of Superman who is also the President of the United States. He was created in 2009 by Grant Morrison and Doug Mahnke as an homage to Barack Obama.

In the meantime, Jordan is keeping busy. He’s making his directorial debut in Creed III and is developing a Static Shock film with Warner Bros.