Original Metropolis Film Poster Up for Auction | The Mary Sue

Rich Nerds Only: Original Metropolis Movie Poster Up for Bid 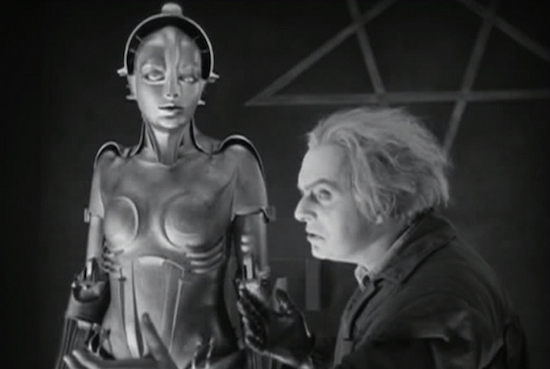 An unsettling quality about bankruptcy auctions is that there’s always an underlying crisis of conscience to the whole affair, since your gain came at the financial loss of another. Essentially, you can’t walk away, new acquisition in hand, without feeling like the absolute scum of the Earth, but sometimes you just have to buck up and kick those qualms to the curb if you really want that worthwhile item, like, say, an original copy of the Metropolis movie poster. Next week, this poster and eight others will be up for auction, with rabid nerds willing to pay hand over fist for this piece of cinematic history.

Illustrated by German artist Heinz Schulz-Neudamm, the movie poster is a part of four first edition copies known to be in exceptional condition, with one in the Museum of Modern Art’s collection. Originally in the possession of California movie memorabilia collector Kenneth Schachter, who paid approximately $690,000 dollars in 2005 for the piece, the Metropolis poster — alongside ones for King Kong and The Invisible Man — was put on the auction block after he filed for bankruptcy upon defaulting on his loans. All proceeds will go toward Schachter’s debt.

The court auction is set for December 13th in Los Angeles with all the posters placed at a starting bid of $700,000 collectively, an initial bid having already been placed by a New Jersey-based memorabilia company known as Cinema Archives Inc.

While other nerds will be beating each other senseless to limp home with the Metropolis poster, we’re going to take our chances and go on a quest for the other two. We’re not 100% certain, but we’re pretty sure that at least one is in the attic of some suburban family in Idaho that doesn’t even know they have it.

(Reuters via The Verge, image via Lord_Henry)