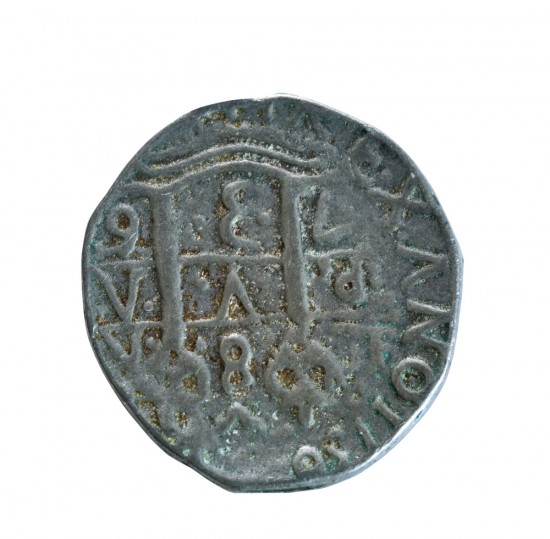 As Kenny Rogers once said, “You’ve got to know when to hold’em, know when to fold ’em, know when to walk away, and know when to run.” Reg Mead and Richard Miles decided to “hold ’em” for a long time when they spent 30 years combing the same Jersey U.K. field with metal detectors. It may sound like they were just banging their heads against a wall, but their ludicrous devotion paid off when they stumbled upon 50,000 ancient silver and gold coins, the largest stash ever to be discovered in Northern Europe.

The two had been searching the field ever since they heard tales that a farmer who once owned the farm had come across silver pieces on his land. Over the years, the pair found scatterings of gold and silver here and there, but the recently discovered three-quarter ton block of ancient coins takes the cake, and appears to be unrelated to the other currency that dots the land.

The stash is thought to have been buried way, way back when Caesar was making his way through Gaul, or close to 2,000 years old. It’s just about as much justification for 30 years of searching as one could reasonably hope for. The coincidentally named Philip de Jersey, an expert on Celtic coins, told The Guardian the unearthed block is “certainly the largest hoard of Iron Age coins ever found, not just in Jersey but the whole of the Celtic coin-using world … it is difficult to come out with a figure much below 50,000 coins given the volume of the block.”

The giant block of ancient goodness is roughly estimated to be worth $15.8 million, but what will come of it is yet to be decided. Those who own the land want to see it in a nearby museum, but who actually owns these coins could take a long time and a lot of legal craziness to figure out. They say insanity is doing the same thing over and over again but expecting different results. I guess these guys were insane all right. Insanely lucky.

Relevant to your interest in cash money