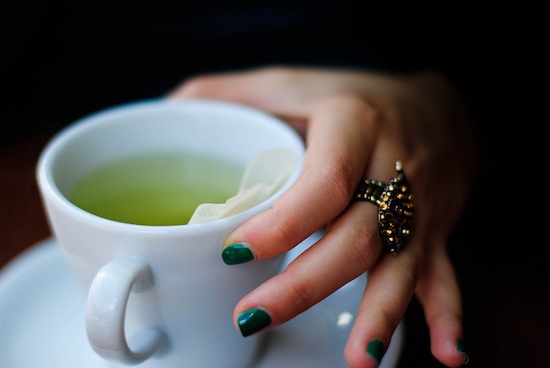 Green tea is among the healthiest things you can drink — certainly better for you than the dishwater coffee with cream and sugar we wake up to all too many mornings. It’s jam-packed with anti-oxidants, can aid in weight loss, and even shows some promise in single-handedly lowering cholesterol levels. Now, a study published in the journal Molecular Nutrition & Food Research suggests that a chemical in the popular drink could improve brain function by encouraging the growth of new brain cells, and may even be capable of improving some general functions of the brain.

The chemical epigallocatechin-3 gallate (EGCG) has long been known to have anti-oxidant properties. A team of researchers in China went looking for other helpful traits that the chemical may have in brain function, though, and came back with some promising results. “We have shown that the organic chemical EGCG acts directly to increase the production of neural progenitor cells, both in glass tests and in mice,” said professor Yun Bai of China’s Third Military Medical University, the lead author of the study.

Neural progenitor cells are a bit like brain-specific stem cells, having the capacity to develop into different types of cells within the brain. Once researchers found they could use EGCG to encourage neural progenitor cell production in mice, the next step was to see if those new cells actually made the mice any smarter. After a group of mice who had sipped on some EGCG before maze tests handily beat their untreated counterparts in completing multiple runs of a maze, that appeared to be the case, suggesting that the EGCG treated mice had improved their memory and spatial reasoning performance.

There are years of study to do before we can start seeing these results fully fleshed out and ensure that they’re applicable to humans, who, it should be noted, are generally found to run far fewer mazes than lab mice. When you consider all the other benefits of green tea, though, it’s certainly a promising new avenue for research. After all, who couldn’t use a couple shiny new brain cells to go with their morning caffeine?