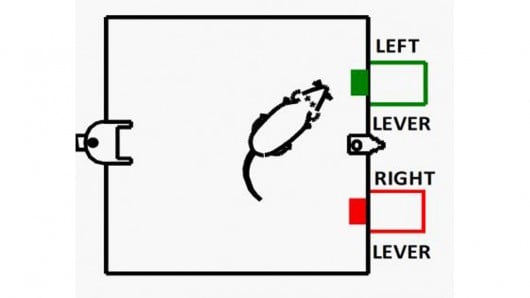 By embedding electrical probes in the brains of rats, researchers have demonstrated for the first time that memory can be turned on and off by manipulating the signals sent between distinct regions of the hippocampus. Researchers successfully built a neural prosthesis that was capable of turning long-term memory formation on and off.

Previous research has shown the the hippocampus plays a role in converting short-term memories to long-term memories. Researchers from the University of Southern California and Wake Forest University used embedded electrical probes to record the activity of the rat’s brain as the two major internal divisions of the hippocampus (sub regions CA3 and CA1) interacted while the rat was learning. These divisions interact to form long-term memories. The rats participated in experiments to teach them which of two levers to press to receive a reward. The researchers drugged the rats to block the normal interactions between CA3 and CA1.

Blocking the ability to form long-term memories affected the ability of the rats who had been trained to choose the correct lever from making the right choice. The rats demonstrated that they still knew in general to press the levers for a treat, but they could only remember whether they had pressed left or right, and therefore which lever to press next, for about 5-10 seconds.

The researchers took the experiment one step further, creating an artificial hippocampus system to replicate the interactions between the CA3 and CA1 regions that had been previously disrupted. The device was successful in restoring long-term memory building capabilities to the rats. The researchers also tested their device on rats whose hippocampus had not been pharmacologically altered, and found that it enhanced memory creation.

Currently, the research team is looking to translate this research, which was published in the Journal of Neural Engineering, into more sophisticated species like monkeys. If the research proves successful in other species, devices like this neural prosthesis could help people suffering from memory loss conditions like Alzheimer’s disease, stroke, or traumatic brain injuries to recover their long-term memory.

(Slashdot via Gizmag Graphic via University of Southern California)