Test Tube Brain Can Hold Memory for Ten Seconds, Probably Just Remembers How to Be Terrified 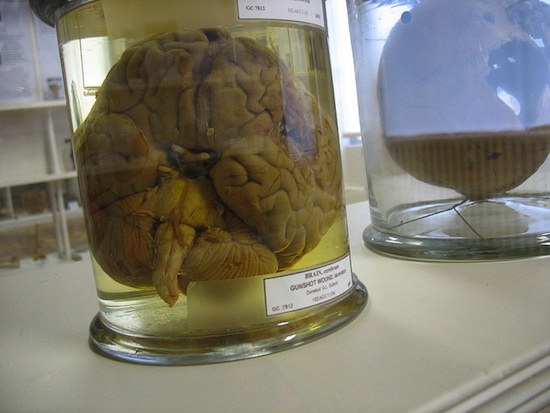 Today in “They can, but should they?” news, science has learned how to create memories in a piece of brain tissue isolated in a test tube, which sounds exactly like the plot of a science fiction nightmare because it totally is. Neuroscientists at the Case Western Reserve University School of Medicine isolated fragments of rodent brain tissue in vitro, and, by stimulating neural pathways in the tissue, were able to induce a variety of simple memories in it. Those memories were only persistent for 10 seconds or so, but to a living piece of brain in a jar, that 10 seconds probably felt like a billion lifetimes, so there’s that.

The study, which is due out in next month’s issue of Nature Neuroscience, could help researchers better understand how short-term memories — like recalling an address someone just told you — is developed and stored in the brain.”This paves the way for future research to identify the specific brain circuits that allow us to form short-term memories,” said Dr. Ben Stowbridge, the lead author of the work.

By better understanding how these memories are formed, researchers could get not only a better understanding of where information lives in the brain and the roads it takes to get there, but also find potential treatments for diseases like Alzheimer’s. All they’ll need is a couple of real life remakes of The Brain That Wouldn’t Die, because sometimes science simply cannot progress without brains in jars.