First Look At Megan Fox As April From Teenage Mutant Ninja Turtles, Yellow Jacket And All 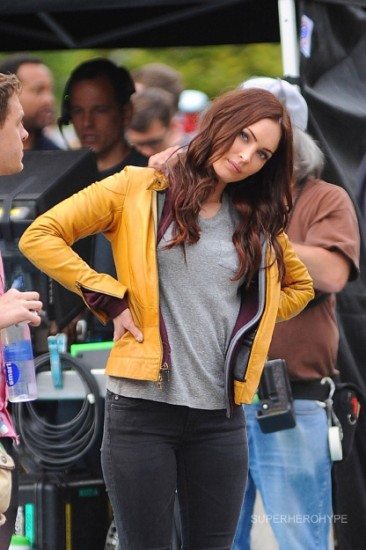 SuperheroHype got their hands on some of our first images of Megan Fox from Michael Bay’s Teenage Mutant Ninja Turtles. It may not be a jumpsuit but this yellow jacket is probably the closest we’ll get to April O’Neil’s classic look in the movie. One more shot of her by a news van with co-star Will Arnett after the jump. 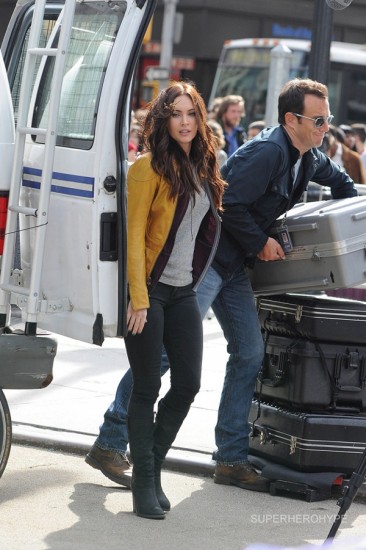