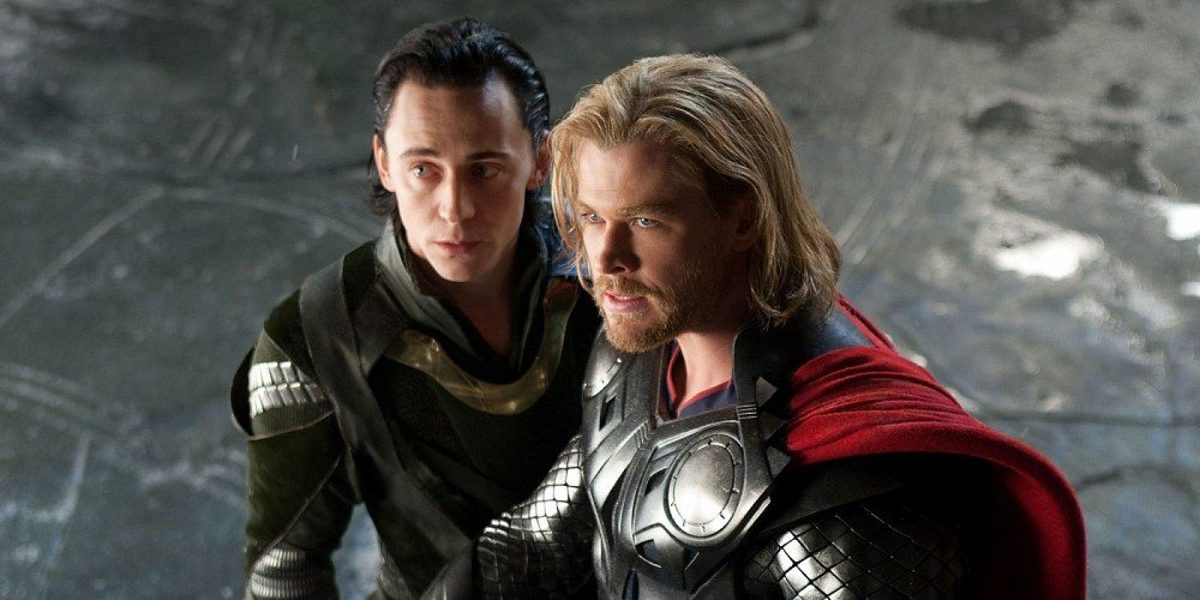 Two weeks ago we talked about Iron Man 2 and whether it gets a bad rap (the answer was…no). We’re continuing our slow Marvel rewatch and reexamination of the foundational films of the now massive franchise, and the time has come to celebrate Thor. Yes, I know it isn’t everyone’s favorite (fair warning though, it’s mine) but it deserves credit for rocketing the MCU to the cosmic heights that now define the franchise. If Thor had failed, nothing that came after would have worked, and it deserves credit for that.

The first three entries into the official Marvel Cinematic Universe – Iron Man, The Incredible Hulk and Iron Man 2 – were fantastical, but they were somewhat grounded in real-world things and ideas. Weapons and armor and even gamma rays are things that really do exist here on Earth and it’s at least a little bit believable that someone could use them to become a hero…not so much the realm eternal of Asgard.

Thor has an incredible balancing act to pull off – it had to introduce the audience to a lot of ideas that would be instrumental throughout the Infinity Saga. Space travel. Non-human heroes. Magic hammers. It’s all a lot, but Thor pulls it off with aplomb. Part of the success comes from literally grounding a good chunk of the story on earth, with Thor himself powerless and interacting with human scientists that could provide some plausible scientific reasoning to his very existence. 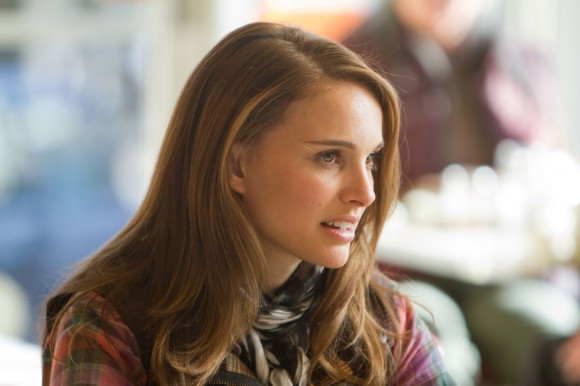 Natalie Portman as Jane, Stellan Skarsgard as Eric Selvig and Kat Denings as Darcy all do so much to make this movie work. Though it’s very easy to forget them with so much other bigger, crazier stuff going on, without them, Thor wouldn’t connect well to the other films in the MCU, or to audience. It’s because of the funny, earthly parts of Thor that the movie has license to go full space opera up in Asgard.

The cosmic parts of Thor are where I think mileage may vary for many viewers. Even as a fan of the film, I’ll admit that Sif and the Warriors three are pretty hokey and definitely the weakest part of the whole thing. I appreciate that they’re playing out their own, sci-fi version of an Errol Flynn swashbuckler. It’s maybe the third or fourth genre in the mix in Thor and it’s the least effective…but the Shakespearean family drama is best. 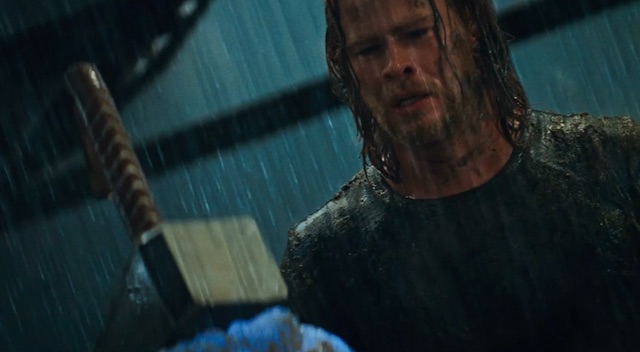 Thor, in case you’ve forgotten was directed by Shakespearean master Kenneth Branagh and it shows. He stages scenes like something out of Hamlet and cast master actors Anthony Hopkins and Tom Hiddleston as the key players in the conflict. The dramatic confrontation between Odin and Loki is the emotional high point of the movie, and their scenes with Chris Hemsworth as Thor are equally as compelling. Thor is elevated emotion and story on all levels and it works astonishingly well, considering.

It doesn’t hurt that Thor is an absolutely gorgeous film. Just the Bifrost, with Asgrad floating in space were the most striking and beautiful visuals of the Marvel universe to date. The score is lovely as well and the effects, make up and action are all really good and hold up in multiple rewatches. Everything about the film serves to support its success and thus the success of Marvel as a whole…even though the title character can be a little his and miss.

Thor himself is a tricky character. He’s never quite the same movie to movie, and it’s hard for writers and directors to find just the right balance of silliness and drama for the character. Chris Hemsworth is a great action star and a fine dramatic actor, but he’s also an outstanding comedian. The Marvel Gods almost have too much talent to work with when it comes to him, and that’s made his character develop in all sorts of different, and sometimes contradictory ways, over the course of the Infinity Saga. Even with these hurdles, the character still works in Thor…because he’s not the standout character.

That would be Loki. Loki, the depressive demon nightmare boy that we all love so much is indisputably the most dynamic and successful “villain” in the whole MCU and the best part of Thor. He’s funny. He’s hot. He’s angsty. He’s chaotic and he just wants daddy and brother to love and respect him. Loki is great because for most of Thor you’re kind of rooting for him, or at least sympathetic to him and his ultimate defeat isn’t an all out victory for our hero. There’s a reason Loki comes back again and again, and it’s because he’s the archetypal trickster bad boy that we as audiences just can’t get enough of.

So, thank you, God of Thunder, for giving us the film that made the Marvel Cinematic Universe what it is today. We wouldn’t be here without you.