But we also need to look at why she's faced more of a firing squad than many actual harassers. 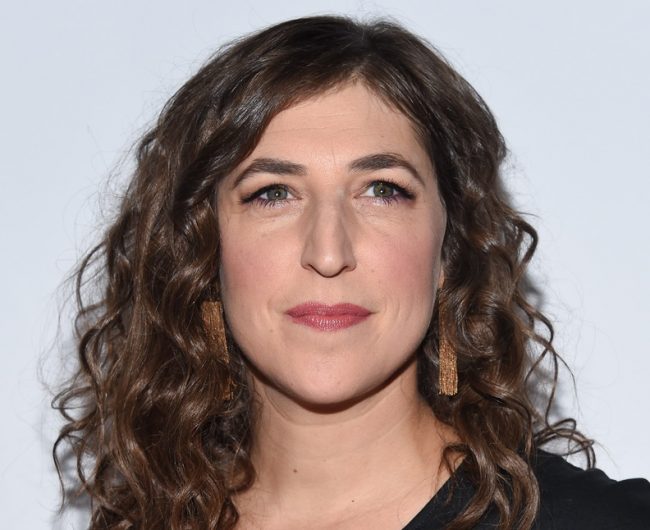 The Big Bang Theory actress Mayim Bialik met a firestorm of criticism for an opinion piece on Hollywood’s culture of sexual harassment published in The New York Times. After her first public reaction appeared to double down and rebuff her critics, a new apology finally seems to have processed the reasons for the push-back she received.

Bialik’s op-ed was called “Being a Feminist in Harvey Weinstein’s World,” but what feminist points the piece had to offer were drowned out by Bialik’s seeming suggestion that she had escaped harassment by regulating her appearance and behavior. By implying that her lack of a traditional Hollywood “look,” modest dress, and a non-flirtatious approach was key to a harassment-free existence, Bialik was interpreted as victim-blaming—putting the onus on the harassed rather than the harasser.

Beyond it being old-fashioned and sexist to tell women to cover up or else risk provoking assault, this is also patently false. Anyone who has been subject to harassment knows that it never matters what you wear or look like. You are not protected by age or actions. Harassment is about power and sexism, not the length of your skirt.

As US Weekly summarizes:

In the piece published on Friday, October 13, Bialik, 41, wrote that as a way of being “self-protecting and wise,” she has decided “that my sexual self is best reserved for private situations with those I am most intimate with. I dress modestly. I don’t act flirtatiously with men as a policy.”

Many readers, including fellow actresses Emily Ratajkowski and Gabrielle Union, were quick to condemn the Big Bang Theory star for the essay, in which she also described the “luxury” of being an “average-looking” person in Hollywood, noting that it appeared she was blaming victims of sexual assault for their wardrobe choices.

Bialik’s words fell flat in a fraught time when many women and men were coming forward with their own stories of harassment, exposing the gross power dynamics in their industries and laying blame on their harassers and toxic culture. By contrast, Bialik’s preventative measures read like something the Victorians might suggest. Then she made matters worse by initially lashing out at the critical mass she found herself facing:

Being told my @NYTimes piece resonated w/ so many. Also see some have taken my words out of the context of the Hollywood machine. See below: pic.twitter.com/0NmxtAF1vP

“It’s so sad how vicious people are being when I basically live to make things better for women,” Bialik wrote on Twitter in the wake of the article gathering a lot of heat. While I’m sure she did receive a fair amount of rude mentions, these were likely from people justifiably upset and concerned about victim-blaming—hardly the cruel trollish abuse so many women have to endure on that same platform as women existing on the Internet.

But now, Bialik has put out a second apology. At least this one strikes the right notes and seems to finally get it:

This, friends, is how you apologize in the social media age. Bialik’s sincerity and solidarity as expressed above is a welcome change from the previous reaction, and I hope that she will be a strong and clear voice on this matter going forward. Responses on Twitter have generally been positive and receptive to the apology.

It’s worth mentioning, however, that while I believe this mea culpa to be helpful and was glad to see it, once again, a woman is in the crossfires and on the receiving end of a torrent of criticism for what she says, much attention diverted from the actual actions of harassment and assault that are still emerging—and still happening.

I can’t help thinking that while Bialik was experiencing this withering blowback, Harvey Weinstein, who has damaged countless lives and grossly reigned in terror for decades, was sitting somewhere in Europe in “sex rehab.” While more and more actresses and actors named incidents of harassment and Hollywood’s callous indifference to it, those they named—if named—shrugged, and went back to their directors’ chairs and executives’ suites. I’d like to see some of those pleading apologies for forgiveness from the actual monsters still roaming free.

Instead, we have recent play-acts like “embattled” Ben Affleck, accused of groping and hypocrisy, suddenly turning up in church with his ex-wife and kids; director Lars von Trier simply denying Bjork’s harassment allegations, and unlikely to suffer career consequences; mega-producer Jeffrey Katzenberg being “deeply, deeply sorry” for using lewd language about Molly Ringwald 22 years too late, while at the same time also denying that he had, in fact, used that kind of language; and on and on. These men seem able to produce a warmly-received public performance or simply brush away their scandals—it’s Bialik who had to clarify herself once more with a Facebook live event with a New York Times editor on Monday, and now this additional apology. I suspect her name will still come up years from now as a victim-blamer while an Affleck is accepting another dubiously earned Oscar.

To be clear: Bialik was right to apologize. Her words were deeply harmful—but she was also made to bear an intense backlash, while the men at hand are doing the bare minimum. Bialik should not walk away from these events the most stigmatized person.

Somehow a story about evils perpetrated primarily by men became focused—again, as always—on what a woman did wrong. I’m tired, for all of us.