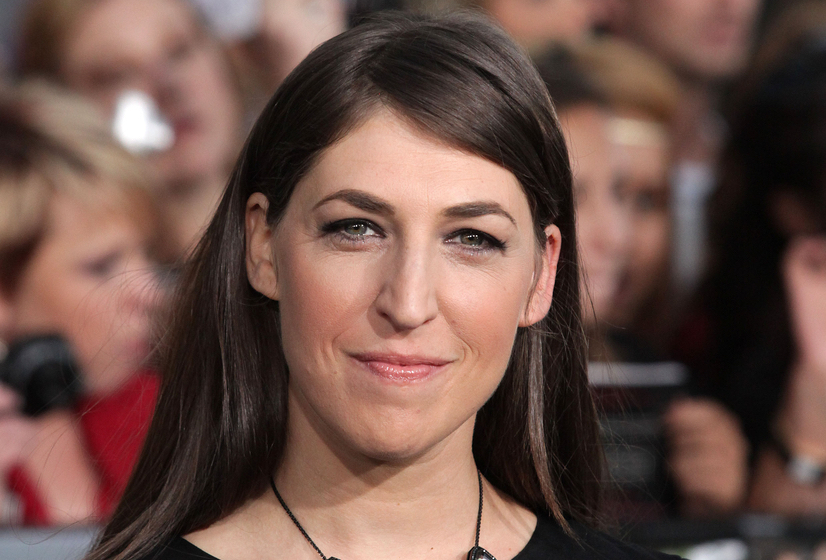 If you needed a reminder that calling yourself a feminist doesn’t automatically make you progressive, look no further than Mayim Bialik’s opinion piece in the New York Times.

Titled “Being a Feminist in Harvey Weinstein’s World,” Bialik’s piece recalls her experience being a “prominent-nosed, awkward, geeky, Jewish 11-year-old … in a business that rewarded physical beauty and sex appeal above all else” when she was starring on the show Blossom in the early ’90s.

Bialik writes on how her mother didn’t allow her to wear makeup and that her parents’ cynicism about the entertainment industry kept her from being swept up in the expectations that existed for not just her, but all the other “young girls with doe eyes and pouty lips who spoke in a high register were favored for roles by the powerful men who made those decisions.”

There is legitimacy in Bialik’s comments that more conventionally attractive women are rewarded in the industry and those who deviate from the thin, Anglo-Saxon white, “classically beautiful” ideals are treated as exotic others, who are either beautiful “in spite of” it or called “brave” for just being women who have cellulite. There’s a real conversation to have about our ideals of beauty and the expectations placed on women to perform them to the point where their bodies are considered property by everyone else—especially powerful men.

However, the article takes a nose dive when Bialik begins to create a correlation between beauty and being sexually harassed and assaulted. “As a proud feminist with little desire to diet, get plastic surgery or hire a personal trainer, I have almost no personal experience with men asking me to meetings in their hotel rooms … I still make choices every day as a 41-year-old actress that I think of as self-protecting and wise. I have decided that my sexual self is best reserved for private situations with those I am most intimate with. I dress modestly. I don’t act flirtatiously with men as a policy.”

Reminder. I got raped at work at a Payless shoe store. I had on a long tunic & leggings so miss me w/ “dress modestly” shit.

When I was twelve years old, men started to catcall me as I walked down the street in my school uniform. I wasn’t wearing a skirt; I had on extremely ugly burgundy pants and a white shirt. However, I had committed the sin of having breasts at twelve. As a result, men—grown men, who could tell from my book bag and lunchbox that I was a child—decided that it was okay to make hyper-sexual comments about me, whistle at me, and stare at me. I wasn’t some child beauty with perfect skin or long beautiful hair. I was a pimply, glasses-wearing kid with braids who just happened to have breasts.

.@missmayim I have to say I was dressed non provocatively at 12 walking home from school when men masturbated at me. It’s not the clothes.

What is even more naive is pretending that looking gawky will protect you from being vulnerable. Any girl who gets curves a little too young and has clothes that make her feel comfortable is automatically shamed for it. But being a waif, you get made fun off for not having breasts. Both are at risk because at the end of the day it isn’t about beauty. It’s about power—power over people: beautiful, ugly, fat, or thin, adults or children. If you’re aware of that, the you should never feel the need to bring women’s looks or clothing into the conversation.

” If you are beautiful and sexy, terrific. But having others celebrate your physical beauty is not the way to lead a meaningful life. And if — like me — you’re not a perfect 10, know that there are people out there who will find you stunning, irresistible and worthy of attention, respect and love. The best part is you don’t have to go to a hotel room or a casting couch to find them.”

Bialik responded to the backlash in a tweet that seemed more defensive than understanding that, despite her “good intentions,” she made a substantial number of women feel like she was victim-blaming them—including victims of sexual assault.

Being told my @NYTimes piece resonated w/ so many. Also see some have taken my words out of the context of the Hollywood machine. See below: pic.twitter.com/0NmxtAF1vP

Bialik intends to continue this discussion online later today; we’ll see if her comments show any growth, or if she doubles down and insists we just aren’t reading her words properly.