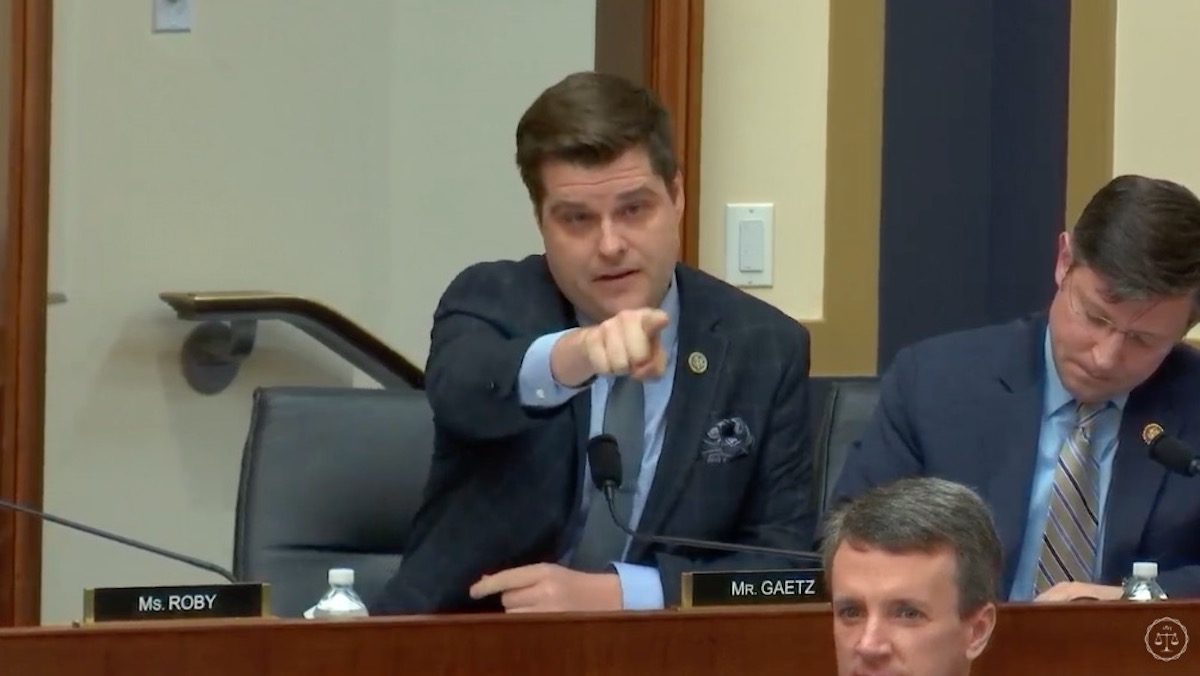 For the first time in nearly a decade, the House held a hearing on gun violence. Mass shootings occur nearly every day in the U.S., but for eight years, members of the House of Representatives have offered nothing but thoughts and prayers. (The Senate has held a few hearings on gun violence since Sandy Hook, but there have been none in the House.) But the new Democrat-led House convened in a judiciary committee today to finally discuss legislation around gun violence.

Public turnout for the hearing was huge, including a ton of young activists.

March For Our Lives young leaders showed up for the first congressional hearing on gun violence in 8 years!!!

On the other side of the room, things were a little emptier as a number of Republican lawmakers left before the day’s witnesses–including Parkland shooting survivors–even spoke.

The hearings are about 15 minutes in and the majority of the Republican side already left. For those like me who believe in gun safety, watch this video and understand that those who left are disinterested in our safety. pic.twitter.com/EiOIeTq8fx

It’s pretty despicable that these Republicans chose not to participate in the hearing, but what ended up being even more despicable was the behavior of one Republican who did participate: Florida’s Rep. Matt Gaetz.

Gaetz, an NRA-endorsed Trump ally, decided that the best way to talk about gun violence was to change the subject entirely, and instead used his time to talk about immigration.

Matt Gaetz uses illegal aliens slur, changes subject to immigration during gun violence hearing to try and paint it as a bigger problem.

Arguing against the proposed HR8 bill, which would require universal background checks, he said that such a bill would be pointless because it wouldn’t protect against gun violence committed by undocumented immigrants.

“HR8 would not have stopped many of the circumstances I raised,” he said. “But a wall, a barrier on the southern border may have, and that’s what we’re fighting for.”

At this point, the crowd erupted with boo’s and Gaetz’ Democratic colleague, Rhode Island’s David Cicilline, even interrupted to ask Committee Chairman Jerry Nadler if there was “any committee rule that prevents a member of Congress from reciting false statements in a committee hearing that are unsupported by the evidence, or are members of Congress entitled to just make things up in support of specious arguments?”

Nadler had to concede that he “was not aware of any such rule.”

From there, things sunk even lower, as Gaetz tried to have the father of a child killed in the mass shooting at Parkland’s Marjory Stoneman Douglas High School thrown out of the room.

Here is the video of @RepMattGaetz trying to get the father of a student killed in Parkland, FL (@manueloliver00) THROWN OUT of a @HouseJudiciary hearing on reducing gun violence.

This is beyond despicable. pic.twitter.com/YZF8EGW3hP

“Mr. Chairman, is there a process in the committee whereby the very same people are repeatedly interrupting the time of the members,” he asks, shaking his finger at, again, the father of a murdered child (who was killed by an American male, by the way, not an immigrant), “that those people will be asked to depart the committee.”

Right before this, Nadler had said that removing people from the room is up to his own discretion and that he didn’t want to do so. Now, he said that if this same person, Manuel Oliver, kept interrupting, he would have him removed. At that, Gaetz gives a despicable little self-satisfied smirk.

If only there were similar consequences for lawmakers who repeatedly lied during committee hearings.