Is Marvel Giving Us An All-Woman X-Men Book With Marvel Now’s XX? 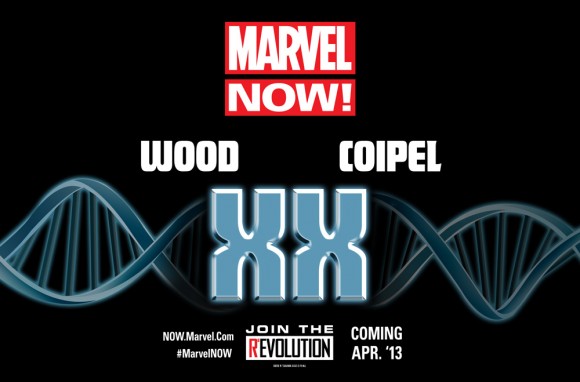 Marvel recently revealed this teaser image for a new series from Brian Wood and  Olivier Coipel. Nothing more. But considering the double helix image and “XX” we’re led to believe this will be a series based around mutants of the female variety. It may or may not be titled “XX” but we should know more next week. Which mutant women would you like to see sharing the stage?