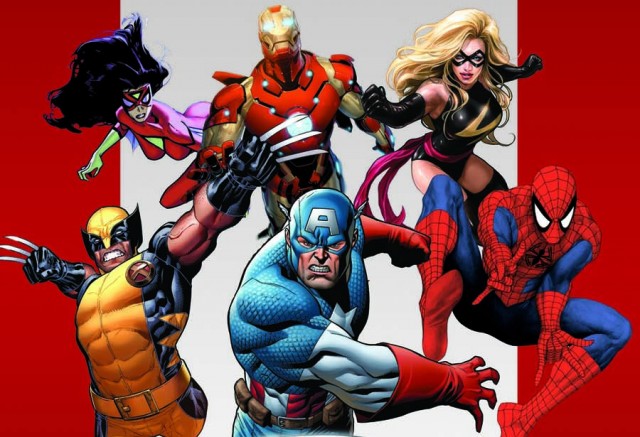 When it comes to tabletop role-playing games, licensing another property or setting — think Firefly — can either be a giant burden or a huge boon. It’s all a matter of whether the cost outweighs the benefit, which shouldn’t really surprise anyone with even a rudimentary understanding of economics. With that in mind, if you were really looking forward to more of the Marvel Heroic Roleplaying tabletop RPG from Margaret Weis Productions, I’ve got some bad news for you.

According to a pipeline update from Margaret Weis themselves, there will be no further entries in the Marvel line:

And in Marvel news… the economics of licensing a tie-in product is always something we have to weigh carefully. We brokered an admittedly ambitious license with Marvel. Our first event, CIVIL WAR, was successful and well received, but it didn’t garner the level of sales necessary to sustain the rest of the line. We’ve learned from this and are taking a very different approach with the other licensed properties we’re bringing out to you in the next three years. We believe we created a great game. Those of you that have supported us have been terrific, and we appreciate you. But, unfortunately, we will not be bringing any new product out under the Marvel line.

Emphasis mine. In a nutshell, producing the Marvel RPG was just too expensive, so they’re going to, y’know, not do that anymore. You can still pick up the earlier books, but there won’t be any further official splatbooks. They’re also issuing refunds for the folks that actually pre-ordered the next splat, Annihilation, since it’s not ever going to see the light of day.