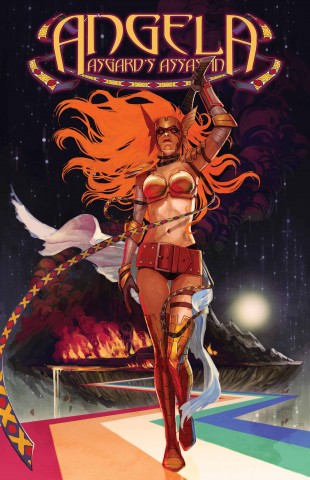 There’s a lot of great news coming down the pike for Marvel fans, and not just the stuff we’ve been hearing about all the upcoming movies and TV shows, either. Strap in, nerds!

First up, a state of the union of sorts for our new favorite teenage superhero, Kamala Khan: she’s doing really well for herself. While speaking about diversity in comics with a local cable show, Marvel Editor Sana Amanat told the interviewer that Ms. Marvel is Marvel’s #1 digital seller; other sources claim that she sells even more digital titles than she does physical ones, and considering that issue #1 is now in its 7th printing, that’s a lot of comic books.

Obviously digital publishing is still a complicated marketplace and Marvel doesn’t disclose any of their sales numbers except through Diamond, but Kamala’s publicized profitability definitely proves that there’s money to be made in diversity if comic book publishers are willing to put in the time to make great, engaging characters. In fact, Kamala was also featured briefly at the end of last night’s Marvel: 75 Years from Pulp to Pop special, along with Amanat herself. That’s got to be a good sign, right?

Meanwhile, a teaser cover image released a couple of days ago suggests that the ’90s line-up of X-Men might soon be getting their own title next summer. A lot of the special issues Marvel’s got lined up haven’t quite caught our attention yet—you know, like Secret Wars and Civil Wars and whatever else wars they’re working on—but damn it if we aren’t excited about the prospect of getting to buy our childhoods again. 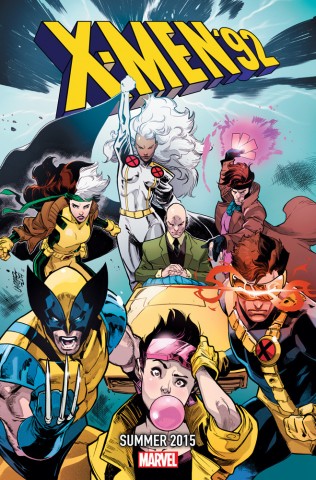 Finally, we have a little more to go on regarding just who picked up Mjolnir in Thor #1 to become the new female Thor—namely that it’s not Angela, because Thor’s sister is getting her own ongoing title. Aw yeah, fake-out!

Anyway, the comic is called Angela: Asgard’s Assassin and will be written by Kieron Gillen and Marguerite Bennett(!!), with art by Phil Jimenez and Stephanie Hans. According to the press release put out yesterday, the story will follow Angela as she deals with being cast out of the tenth realm and “forges a new path” for herself, possibly by beating up a lot of other Marvel characters.

“The story is Angela is basically on the run,” Gillen told Marvel.com. “It gives her a chance to interact with a lot of different people so by the end of the first arc we really get a sense of who Angela is vis-à-vis the Marvel Universe. You get a sense of who she is and where she fits into the larger picture.”

Angela #1 doesn’t hit comic book stores until  December 3rd, but we have a preview of what’s to come, complete with added variants by Joe Quesada and Skottie Young. If the gorgeous artwork is anything to go on, you should start getting excited now.