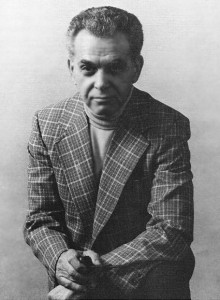 After a legal battle lasting about two years, Marvel/Disney have successfully retained their rights to the estate of legendary comic book creator Jack Kirby, marking a rare loss for intellectual property lawyer Marc Toberoff. On Kirby’s behalf, Toberoff sued for the rights to materials featuring characters such as Captain America, The X-Men, The Avengers, Iron Man, Hulk, and Thor and had sent notices to Marvel/Disney — and all the other companies who have been making money off these characters — to stop publishing Kirby’s work back in 2009, terminating their copyrights. Well, the judgment is in, and Marvel will retain ownership.

Kirby, who was the very first hire of Will Eisner and Jerry Iger before Marvel was formed by Stan Lee, was apparently viewed as a freelancer on a “work-for-hire” basis, thereby not giving him full rights to his work. (Ironically, Deadline points out that Iger is the great-uncle of current Disney CEO Bob Iger.) Had Kirby’s estate won this legal battle, they would have been entitled to some of the profits of all those movies that have been coming out in the past few years. Toberoff even tried suing in New York, which is has more worker-friendly regulations for work-for-hire cases. This is being compared to that of Jerry Siegel‘s estate suing Warner Bros. for the rights to Superman, which was also fought — and won — by Marc Toberoff. For the record, Stan Lee supports Marvel/Disney and Toberoff is saying “This is just the beginning.”

Toberoff is well-known in Hollwood for his battles against big studios for intellectual property rights, and this loss is a rarity for him. Besides the Siegel case, he has had victories or settlements for properties including Lassie, Get Smart, The Dukes of Hazzard, The Wild Wild West, and Smallville. Deadline refers to him as the “bane” of Big Hollwyood’s existence. So, maybe it really is just the beginning.